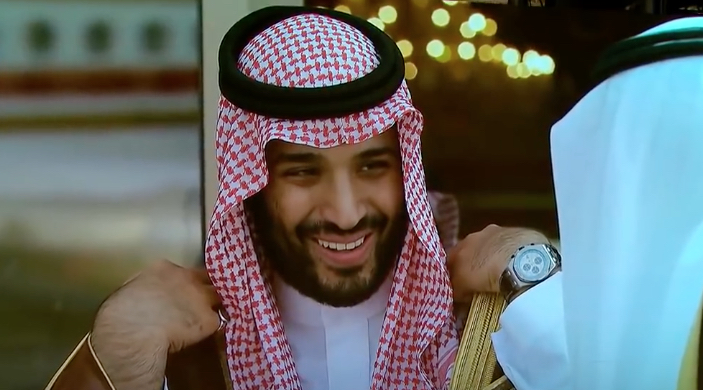 The following article, Saudi Ruler Screamed at Top Biden Official, Told Him to ‘Forget About’ Boosted Oil Production: Report, was first published on Flag And Cross.

In another foreign policy faux pas, the Biden administration has angered Saudi Arabia and damaged the U.S. relationship with the powerful oil-rich Arab kingdom.

While damaging foreign relationships is never a good idea, alienating and angering the Saudis at this particular moment is dangerous and costly to Americans, as the Ukraine-Russia war continues and the global oil market is in chaos, the Wall Street Journal reported.

Before even becoming president, Joe Biden set himself in opposition to Saudi Arabia, continually condemning the kingdom for the death of the Washington Post columnist Jamal Khashoggi in 2018. (Khashoggi was a Saudi Arabian journalist who left the country as a dissident, but in 2018 was assassinated in the Saudi consulate at Istanbul, allegedly at the direction of Crown Prince Mohammed bin Salman, the de facto ruler of Saudi Arabia.)

In 2019, Biden said that the kingdom should be treated as a pariah due to human-rights issues like Khashoggi’s death.

Then, in the summer of 2021, Biden told Americans to blame low Saudi oil output for rising gas prices.

Relations remained cold between the crown prince and Biden, who, since becoming president, has not deigned to meet with the Saudi ruler.

However, after bringing up the death of Khashoggi once again, the meeting ended with the prince shouting at Sullivan and telling him the U.S. could forget about any request to boost oil production, according to The Journal.

Fast-forward to the current circumstance, with Russia’s war on Ukraine continuing and deeply hurting the global oil economy. The U.S. finds itself in an awkward and weak position, as Saudi Arabia has aligned itself with Russian interests, the Wall Street Journal reported.

Once the Russia-Ukraine war began, the Biden administration began eyeing Saudi Arabia and the United Arab Emirates, hoping to convince them to ramp up oil production, which would undercut the money Russia makes off of its own oil exports and also drive down the rising prices of oil and gas, CNN reported.

Saudi Arabia and the UAE are the most powerful members of OPEC, the bloc of 13 countries that together control 40 percent of global oil production, making them crucial in the global oil game.

Saudi Arabia did not do as Biden requested and has promoted its own interests above the West’s, which could be dangerous for the U.S. and also keeps gas prices high for Americans.

“The risk for the U.S. is that Riyadh will align more closely with China and Russia, or at least remain neutral on issues of vital interest to Washington, as it has on Ukraine, Saudi officials said,” the Wall Street Journal reported.

Bin Salman has made it clear that the devolving relationship with the administration means that he will not be devoted to helping the U.S.

The prince told The Atlantic that he does value the relationship with the U.S. and he is “trying to do my best.”

“If his best is not good enough for Joe Biden, [bin Salman] said, then the consequences of running a moralistic foreign policy would be the president’s to discover,” The Atlantic reported.

Bin Salman also said that if the Biden administration misunderstands him, “Simply, I do not care.”

“It’s up to him to think about the interests of America,” the prince added.

The Biden administration has since stopped asking the Saudis to pump more oil, a senior official told the Wall Street Journal. Instead, Biden now asks only that Saudi Arabia not do anything that would hurt the West’s efforts in Ukraine.