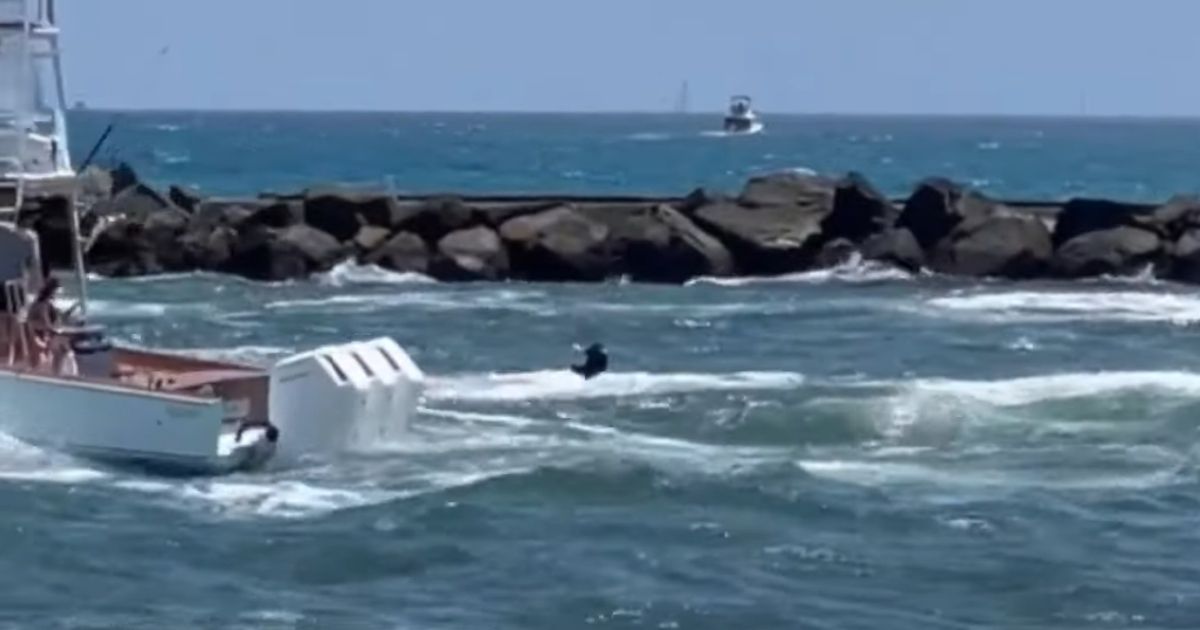 The following article, Good Samaritan Dies Trying to Save 9 Children, 3 Adults from Boat That Capsized Near Jetty Rocks, was first published on Flag And Cross.

Many in temperate areas were taking advantage of the natural beauty over the Easter weekend, enjoying spending time with family in the outdoors — but one group of sightseers in Florida nearly perished when their boat started sinking on Saturday afternoon.

It was around 1:20 p.m. near the Palm Beach Inlet jetty when an approximately 20-foot boat carrying nine children and three adults started to suffer from the conditions and began taking on water.

As those nearby realized that the boaters were in distress, they began to assist in the rescue.

John Snow, a Sea Tow Palm Beach captain, said that when he approached, the three adults were still on the sinking boat but the nine children were in the water.

“I [saw] the vessel that was capsized,” Snow said, according to WPBF-TV. “I pulled up on scene. There was another vessel there helping the people out of the water.

Many others stepped in to help, including private vessels and a towboat, but one good Samaritan who arrived to help ended up paying the ultimate price.

The man has not been identified, though authorities confirmed that a good Samaritan had indeed died in the rescue effort.

“I was super sorry for the family,” Snow said of the person. “Somebody trying to save a life ended up losing theirs and I feel bad, you know, that it happens.

“My heart goes out to him and his family.”

The Florida Fish and Wildlife Conservation Commission and the Coast Guard also arrived to help the passengers. All 12 were taken to the Sailfish Marina, evaluated and found to be doing well.

The capsized boat was towed to a safer location, and the FWC has not shared the cause of the malfunction.

WPBF reported that according to Coast Guard guidelines, a boat of the sort that capsized is rated for a max of eight passengers.

One local captain posted on Facebook, sharing his concerns about the situation and stating the conditions hadn’t been great that day, perhaps adding to the disaster that resulted.

“12 people on a small boat?” Get Aft’er It shared on Facebook. “Was this a charter? If it was a charter, was this an inspected boat as it would be required to be? Was a licensed captain on board (Master Near Coastal required in this case above 6 passengers)?

“What was the passenger rating for the boat as per either the manufacturer rating or the Inspected rating? Were all SOLAS (Survival Of Life At Sea) safety measures implemented? If it was professionally captained, were all the CFRs being followed?

“As far as I recall, there were no small craft advisories posted today but conditions wouldn’t have been great for a small (under 25ft), or possibly overloaded vessel to be out. What was the chain of events that led to the death of the good Samaritan trying to assist and what can we learn out of this tragic event as to better preserve life going forward in similar situations?”