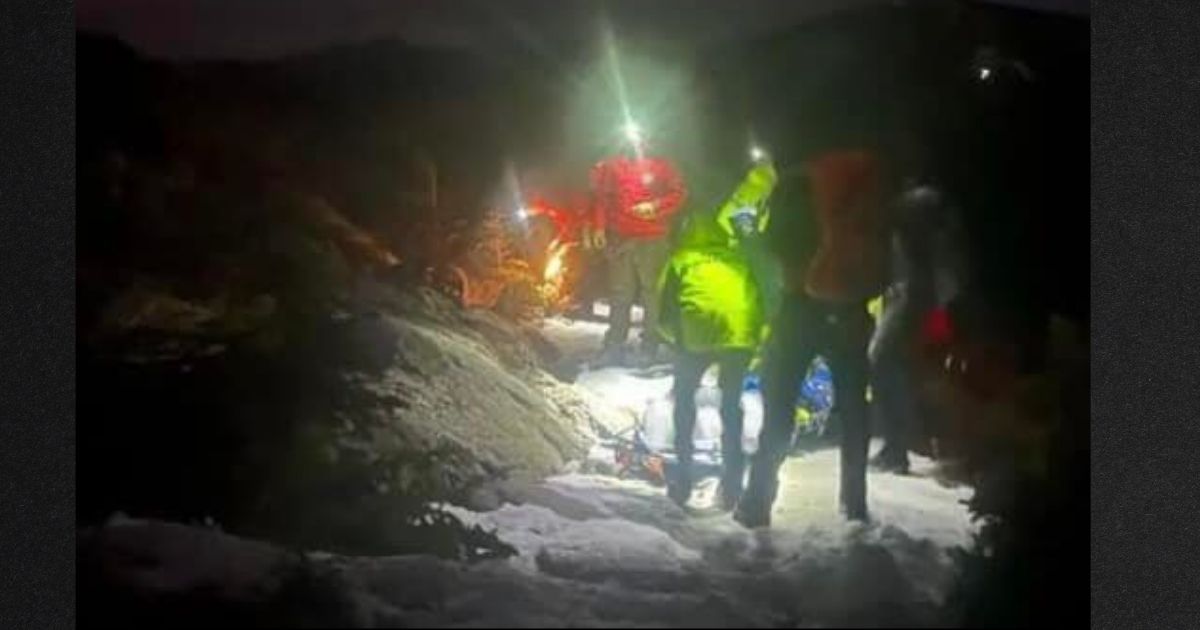 Even the most experienced adventurers can face disaster in nature — and the more experienced they are, often the more brushes with death they’ve had.

For avid outdoorsman Michael LaChance from New Hampshire, a hike to summit Mt. Eisenhower on Friday proved to be problematic due to less-than-ideal conditions.

“Chandlers Purchase — Fish & Game Conservation Officers were notified of an injured hiker on the Crawford Path between Mt. Pierce and Mt. Eisenhower at approximately 4:45 p.m.,” the NH Fish and Game Law Enforcement Division and Operation Game Thief shared on Facebook.

“The hiker, identified as Michael LaChance, 49, of Goffstown had been attempting to summit Mt. Eisenhower when he slipped on wet rocks and injured his lower leg. Unable to bear weight on the injured leg, LaChance called 911.”

While even the post referred to LaChance as an “experienced hiker,” and noted that he’d packed wisely and was well-provisioned if he needed to stay put overnight, a search was quickly launched to locate him and bring him to safety.

According to what Lieutenant Mark Ober told the Boston Globe, the first rescuer found LaChance at 7:50 p.m.

“Rescuers had to hike in nearly 4 miles to reach LaChance,” the post continued. “His injury was assessed and treated on scene with a splint.

“He was then placed in a litter and carried out to the AMC Highland Center arriving just before midnight. From there he was taken by personal vehicle to Spear Memorial Hospital in Plymouth.”

A woman identifying herself as LaChance’s sister commented on the Pemigewasset Valley Search and Rescue Team’s post, thanking them for their work.

“My especially heartfelt thanks to all of you wonderful people, for taking such amazing care of my brother!” she wrote. “You exemplify the best of humanity, coming together as a community to help others in their moment of need. You are so appreciated! Thank you!”

NH Fish and Game Law Enforcement Division also took the opportunity to warn other would-be hikers that the area is still snowy, icy, wet and treacherous for those without the proper gear, such as microspikes and crampons.

“Hiking in the White Mountains this weekend?” Newbury Fire Rescue wrote with their share of the post. “Trails may be wet and slippery.

“Wear appropriate footwear and hike safety. NH Fish and Game is called to make trail rescues just about every weekend.”