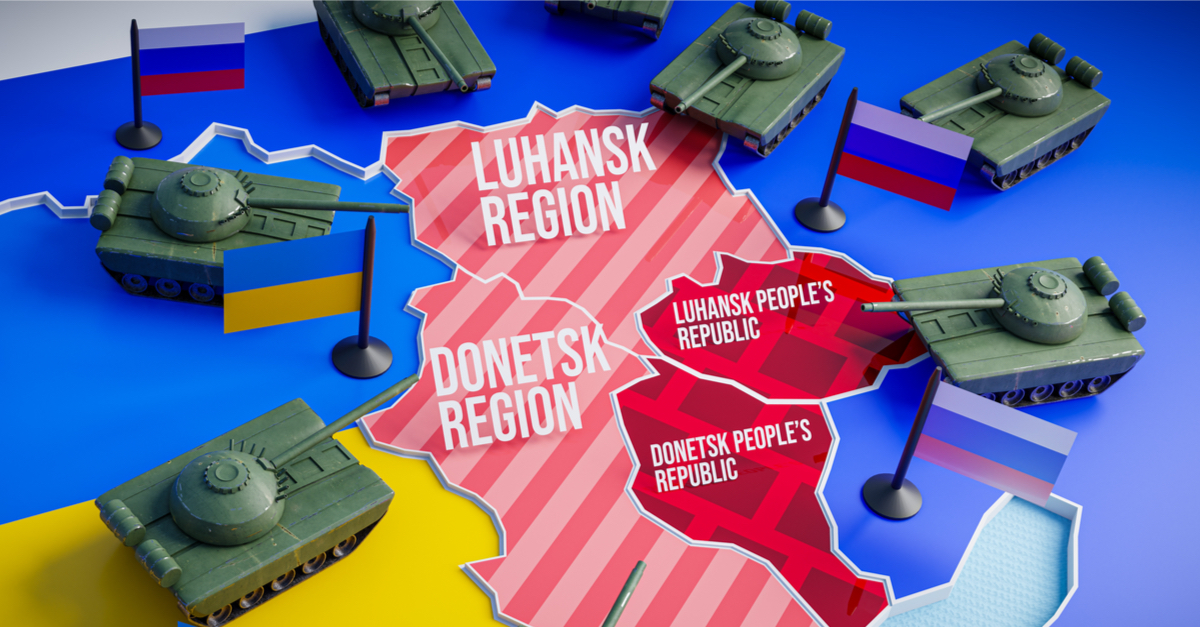 After being repelled time and again from the capital Kyiv, Russia appears to be vastly lowering their expectations in Ukraine with a grand reassignment of forces.

The goalposts have moved several times during this invasion of Ukraine, as Russia’s forces have continuously failed to achieve even a modicum of the success that Vladimir Putin expected.

Now, with Kyiv out of sight, the Kremlin is heading east.

Russia launched its long-feared, full-scale ground offensive to take control of Ukraine’s east on Monday, attacking along a broad front over 300 miles (480 kilometers) long, Ukrainian officials said in what marked the opening of a new and potentially climactic phase of the war.

“The Russian troops have begun the battle for the Donbas,” Ukrainian President Volodymyr Zelenskyy announced in a video address. He said a “significant part of the entire Russian army is now concentrated on this offensive.”

Russia likely chose the region for the support system already in place.

The Donbas is Ukraine’s mostly Russian-speaking industrial heartland in the east, where Moscow-backed separatists have been fighting Ukrainian forces for the past eight years and have declared two independent republics that have been recognized by Russia.

Russia’s nuclear threats against Ukraine have consistently ramped up as their failures on the ground multiply, with the latest inkling of trouble coming in the form of bomber exercises with nuke-capable military planes near the Ukraine border.

Should this eastern offensive be repelled, one can only imagine what sort of Hell Putin will unleash next.