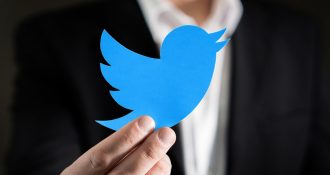 The following article, Report: Twitter Suspends Republicans at Nearly 5X the Rate of Democrats, was first published on .

As Elon Musk continues to try and bring fairness, liberty, and free speech to Twitter, a new report finds that the social media giant suspends Republicans at nearly five times the rate that they punish Democrats.

Naturally, the study doesn’t use this as proof that Big Tech is biased. Instead, it falsely uses this study as “proof” that Republicans are evil.

Big Tech decides that Republicans are “purveyors of misinformation.”

Big Tech then creates groups made up of left wingers that they label “fact checkers” who will only agree with the left.

Big Tech’s “fact checkers” fulfill their directed purpose and unsurprisingly determine that all conservatives and Republicans are “purveyors of misinformation.”

Big Tech then uses that “fact checking” to suspend people on the right.