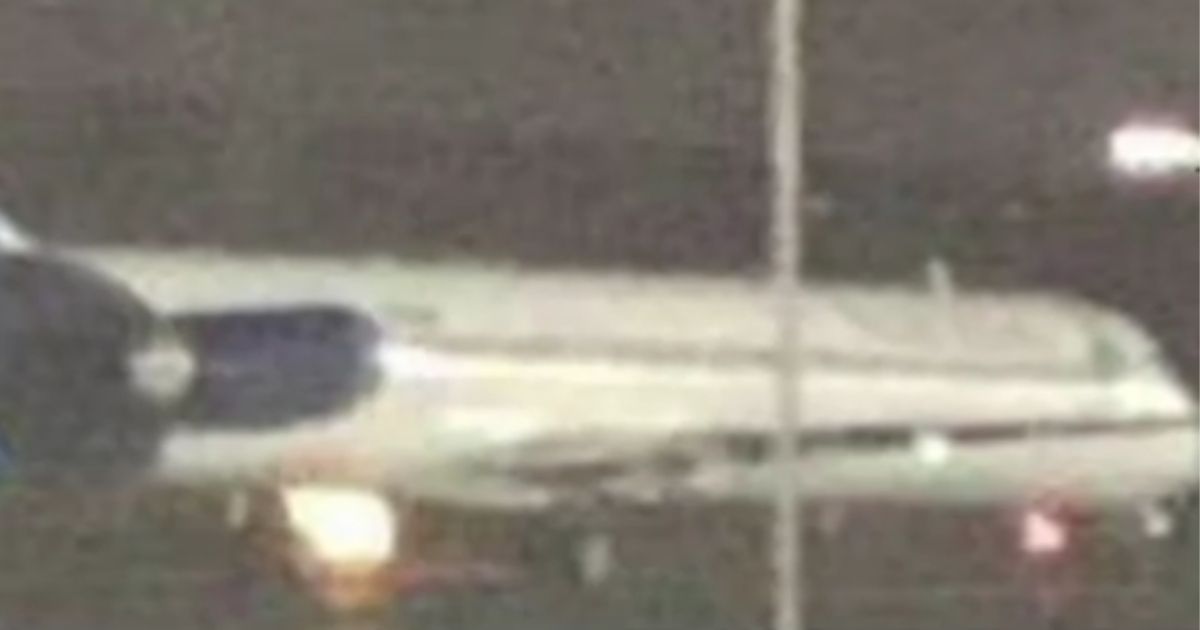 The following article, Outrageous Biden Scheme Found Happening Under Cover of Night Has Resumed, was first published on Flag And Cross.

It’s a political process as inexorable as the changing of the seasons or the swallows returning to San Juan Capistrano.

White House quietly pursues policy X, which, while not illegal or grossly unethical, would infuriate voters if it got found out. Policy X gets found out. White House publicly apologizes for policy X and/or replaces it with policy Y. Time passes, coverage ceases. Policy X quietly resumes.

The footage was officially obtained by Westchester County Executive Rob Astorino, who’s running for governor as a Republican, and shared with Fox News in January. The 51 minutes of video show a Westchester police officer hitting federal contractors with questions about the flights and why local law enforcement hadn’t been provided with details.

(Here at The Western Journal, we’ve stayed on top of this and other aspects of Joe Biden’s border crisis, including the lies we’ve all been fed that the mainstream media is more than willing to lap up. We’ll continue holding the administration to account when the establishment media doesn’t. You can help us by subscribing.)

Astorino was outraged that the flights from cities such as McAllen and Houston, Texas, were landing in his county without the federal government notifying local officials. Furthermore, he said he witnessed the illegal immigrants being transported by bus to a local Costco, where they were “then released into cars into the community.”

“Our government is completely out of control right now. They have lied to us. They’ve lied to the American people,” Astorino said at the time.

It might be fairer to say, however, they’d simply pursued the policy quietly — because planeloads of illegal immigrants arriving in the late-night hours aboard charter flights and then being dumped at a big-box store, while certainly beneficial to the administration by shifting the burden of the border crisis around, probably aren’t popular with voters.

The flights stopped in October, shortly after the New York Post’s first reports on the videos emerged. The practice continued to get some press when Astorino officially obtained the footage via Freedom of Information Act request in January.

Secret Biden flights from southern border are back at Westchester County Airport. iAero 737 from El Paso landed Saturday at 9:43pm. 2 buses went south and one went to Somers in northern Westchester. When will US govt answer my Feb 1 letter? Public has a right to know. pic.twitter.com/AXUPz0tubo

The New York Post reported Friday that its reporters witnessed “as a group of migrant teens got off an Avelo Airlines plane that arrived at the Westchester County Airport near White Plains at 9:25 p.m. Thursday. The group then boarded three waiting buses that drove off about 50 minutes later.”

One of the buses made a stop at the Walt Whitman Service Area in Cherry Hill, New Jersey, near Philadelphia, to drop off what were described as several teenagers. It then headed south on the New Jersey Turnpike.

Flight records indicated the plane originated in El Paso, Texas, and stopped over in Jacksonville, Florida.

Astorino, as you can imagine, isn’t thrilled — and blames New York’s Democrat governor, Kathy Hochul, for being “complicit in this.”

“The resumption of flights is a big middle finger to hard-working New York taxpayers,” he said.

As for Hochul’s complicity, Astorino said that stemmed from her recently approved state budget, which allows for illegal immigrants 65 and over to apply for and receive Medicaid benefits.

Whether or not that had anything to do with the resumption of flights to Westchester, it’s worth noting the only reason they stopped was simply that they got significant attention. An Immigration and Customs Enforcement source who talked with the New York Post said the “flights never stopped” to other airports.

“It’s like the Energizer Bunny — they just kept going and going,” he told the paper.

Well, as long as we’re pulling out cultural references nobody born after 1990 is going to get, let’s also get to the really bad news here: ICE is gonna need a bigger plane. (Or perhaps more of them, but Roy Scheider didn’t say, “We’re gonna need a few extra boats.”)

If you’ve been following illegal immigration and the border crisis, you know that President Joe Biden’s administration is letting Title 42 authority– used to summarily expel illegal immigrants from the country without an asylum hearing — expire.

That public health code was invoked under former President Donald Trump’s administration at the beginning of the pandemic and has remained in place, with only an exception for unaccompanied minors, until now.

In May, when it expires, everyone expects to see the border crisis explode afresh. “Turbocharged” is the descriptor I most often hear bandied about in the media, although you can take your pick of any adjective that successfully conveys the concept: “It’s going to get pretty bad, although we have no reliable estimates about how bad it’ll be.”

For whatever it’s worth, the government’s estimates seem to have gotten direr over the past few months, at least from the information we can glean.

In September of last year, it was leaked that Homeland Security Secretary Alejandro Mayorkas asked internally about the capacity to deal with 350,000 to 400,000 illegal immigrant apprehensions a month if Title 42 expired.

On April 2, ABC News noted the Centers for Disease Control and Prevention estimated there could be up to 18,000 apprehensions a day — or 540,000 a month — when it expired.

While Mayorkas’ internal query wasn’t a definitive estimate, what we can safely assume from these numbers is that the predicted influx has been revised significantly upward.

To put this all into context, the worst month of Biden’s border crisis was July 2021, when 213,593 apprehensions were recorded.

Thus, the big news shouldn’t be that policy X has resumed at Westchester County Airport. Instead, the big news is that, in all likelihood, they ain’t seen nothing yet.