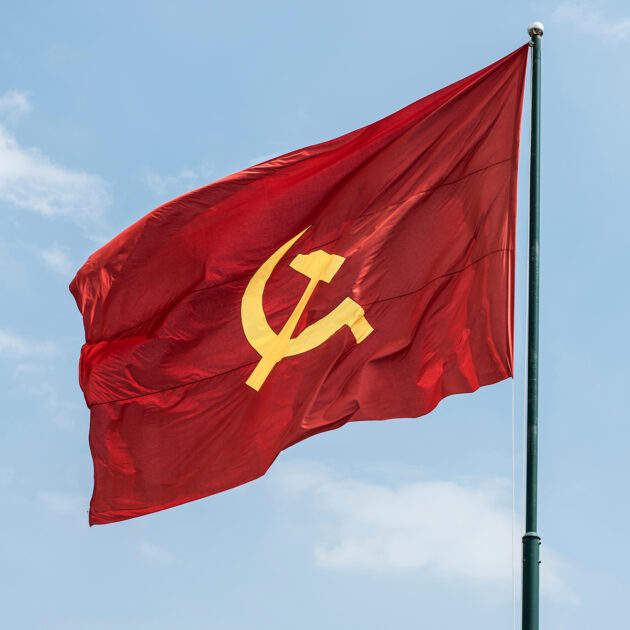 Do a majority of Americans believe President Biden to be a real-life Manchurian candidate?

According to a new poll from one of the country’s most accurate pollsters, at least two-thirds of the voting population have doubts as to whether the Biden family’s business dealings with China have left the president “compromised.”

The results of the poll, which will be released on Tuesday, reveal that a whopping 63.7 percent of American voters — including 34.3 percent of expected Democrat voters — believe Biden to be “likely” compromised and/or conflicted “when dealing with China.”

Partnering with Convention of States Action, The Trafalgar Group conducted the survey, which polled 1,079 likely general election voters from April 5 to April 8. The poll had a 95 percent confidence level and a  margin of error of +/- 2.99 percent.

“How likely is it that President Biden is conflicted/compromised when dealing with China due to the Biden family’s personal business dealings in China?” the poll asked respondents.

In addition to 34.3 percent of Democratic voters, 85.8 percent of Republicans and 72 percent of independents responded to the question with answers of either “very likely” or “somewhat” likely.

Trafalgar conducted the poll following the release of several reports detailing the Biden family’s past financial dealings with the communist Chinese government and its military.

In a report published on March 30, The Washington Post revealed that an official Department of Justice investigation had found documents showing a 2017 financial arrangement between CEFC China Energy, Hunter Biden and the president’s brother, James Biden.

CEFC “had financing from government development banks and ties to the Chinese Communist Party and the People’s Liberation Army,” The Washington Post reported.

The deal was reportedly one of Hunter Biden’s “most lucrative” foreign ventures.

President Biden has reportedly personally benefited from his son’s financial successes. According to a New York Post report, text messages from 2019 show that Hunter Biden paid for his father’s house expenses and has repeatedly covered other family expenses.

“While many aspects of Hunter Biden’s financial arrangement with CEFC China Energy have been previously reported and were included in a Republican-led Senate report from 2020, a Washington Post review confirmed many of the key details and found additional documents showing Biden family interactions with Chinese executives,” The Washington Post reported.

“Over the course of 14 months, the Chinese energy conglomerate and its executives paid $4.8 million to entities controlled by Hunter Biden and his uncle, according to government records, court documents and newly disclosed bank statements, as well as emails contained on a copy of a laptop hard drive that purportedly once belonged to Hunter Biden.”

Hunter Biden is perhaps best-known for his controversial past membership on the board of the Ukrainian energy firm Burisma, which paid him a salary of $50,000 a month.

On October 14, 2020, only one month prior to the 2020 presidential election, the New York Post published emails from Hunter Biden’s infamous discarded laptop, showing him to have attempted to set up a meeting between his father — who was serving as vice-president under Barack Obama at the time — and Burisma officials.

Various establishment media outlets — many of them citing a long list of high-ranking government authorities — reported the story to be “Russian disinformation.”

These claims led to the world’s two leading social media platforms — Facebook and Twitter — censoring the story on their platforms.

On March 17, 2022 — seventeen months after the news first broke — The New York Times finally admitted to the authenticity of the laptop, its contents and the New York Post’s reporting.

Well over a year of seemingly biased reporting on the laptop controversy and other scandals seems to have left many Americans doubting the Biden family’s allegiances.

Even, apparently, as many as one-third of likely Democrat voters.