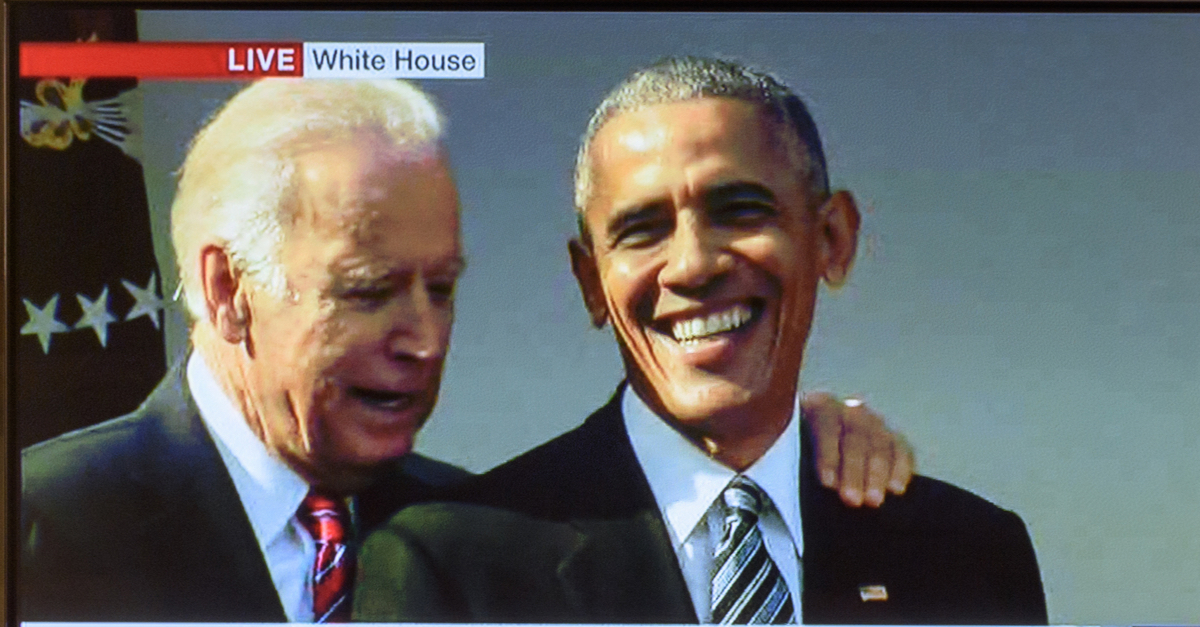 The following article, Biden Reveals 2024 Plans to Barack Obama, was first published on Flag And Cross.

If it weren’t for the liberal obsession with Barack Obama, Joe Biden likely wouldn’t be anywhere near the White House right now.

Obama, whose myriad drone strikes on innocent civilians in the Middle East have been largely forgotten about by the Democratic Party, continues to be the poster child for progressivism – even as he uses his time in retirement to collect huge checks for secret speaking engagements and the like.

The Biden administration certainly understands that Obama has appeal, otherwise they wouldn’t have brought him back to the White House for a PR stunt just a few weeks ago.

Now it turns out that Obama has even gotten the scoop on Biden’s potential plans for the 2024 election.

Despite his low approval rating, Biden believes he is the only Democrat who can defeat Donald Trump if he also decides to run, two sources told the Hill. Biden’s plans to campaign for a second term confirm his previous statements. If Biden does run, he will be in his early 80s, an old age for a tough presidential campaign.

This isn’t the first time that the highly unpopular President has made such a suggestion.

Biden claimed in March of 2021 that he intends to run for reelection, a dilemma that has divided the Democrat Party and engulfed Vice President Kamala Harris and Secretary of Transportation Pete Buttigieg.

Biden’s incredibly poor approval rating has many in the Democratic Party concerned that a reelection bid by Biden would be political suicide for the group.