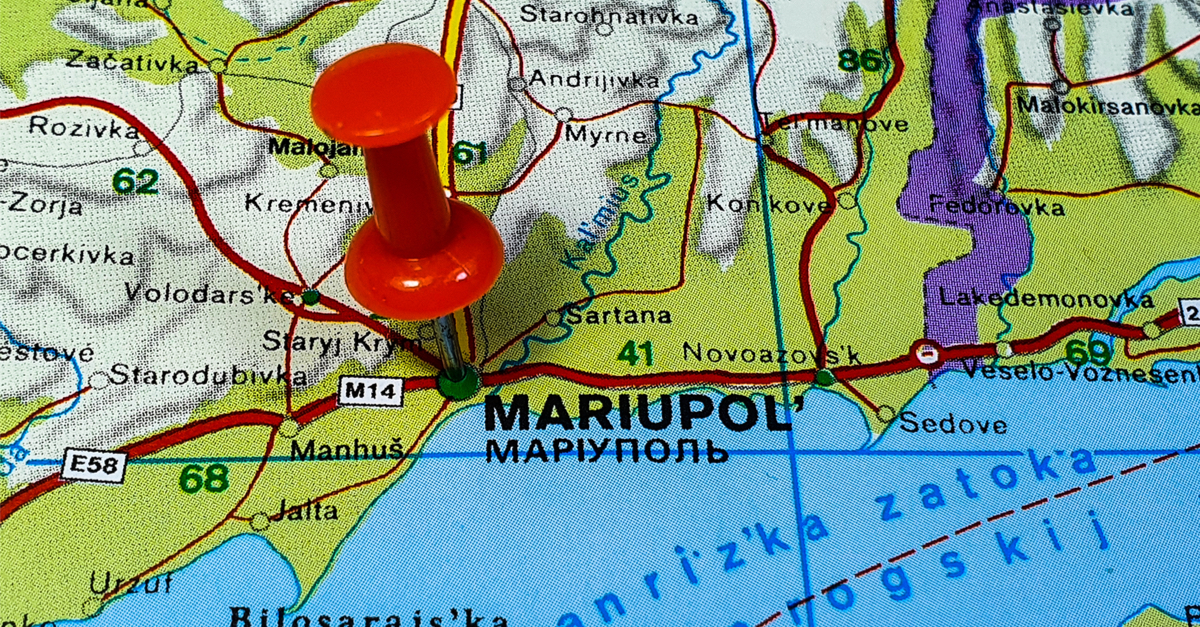 It took several weeks before the world began to realize what was really happening in Ukraine, but now that the truth has been uttered by the utmost authorities, it has become plain to see:  Russia is committing genocide.

This is the stance being taken not only by Ukrainian President Volodymyr Zelenskyy, but also by US President Joe Biden and his State Department.  The accusation is a heavy one, of course, and there are plenty of mechanisms already in play to document the war crimes of the Russian army.

But, in the meantime, it is fairly obvious that Russia’s tactics are no longer bound by strategic wit or wisdom.  They’ve moved on to wholesale carnage instead.

Ukraine’s southern port city of Mariupol has been razed to the ground as Russian forces make “desperate” attempts to finish taking the city “at any cost,” Ukraine Foreign Minister Dmytro Kuleba said Sunday.

Kuleba appeared on CBS’ “Face the Nation” and described how the situation in Mariupol is “dire militarily” and “heartbreaking” after seven weeks under siege at the hands of the Russian army.

“The city doesn’t exist anymore,” Kuleba said, adding that Ukrainian forces and a large group of civilians in the port city are encircled by Moscow’s forces. “They continue their struggle, but it seems from the way the Russian army behaves in Mariupol, they decided to raze the city to the ground at any cost.”

And things could get more dire still:

The relentless bombardment and street fighting in Mariupol have left much of the city in rubble and killed at least 21,000 people, by the Ukrainians’ estimate. A maternity hospital was hit by a lethal Russian airstrike in the opening weeks of the war, and about 300 people were reported killed in the bombing of a theater where civilians were taking shelter.

The siege of Mariupol has left an estimated 100,000 citizens, who remain out of a prewar population of 450,000, trapped without food, water, heat or electricity.

Russia believes that less than 3,000 Ukrainian troops remain in Mariupol, and they are largely concentrated in a complex network of tunnels under a steel plant.