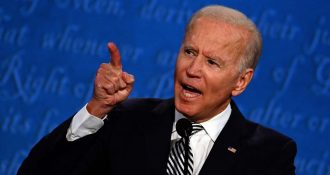 Joe Biden’s tax returns for 2021 seems to show a typical Democrat trend. As he rose in government, he made more money, paid less in taxes, and gave less to charity.

What is it with these Democrats, anyway? They claim to caaaare about everyone, but their actions usually prove they are in it only for themselves.

“Between 2017 and 2019, in between his time as vice president and president, Biden earned more than $16.5 million, including large payouts for speaking at colleges and elsewhere. He earned almost $1 million from the University of Pennsylvania from 2017 to 2019, previous filings show,” the New York Post reported.

They also paid $30,765 in their home state of Delaware, according to a copy of their joint return. Jill Biden paid $2,721 in Virginia taxes because she teaches at Northern Virginia Community College.

When Biden was running for president in 2020, the Bidens gave $30,704 in charitable donations – which amounted to approximately 5% of their income.

The Bidens donated to 10 charities in 2021, and the largest gift – $5,000 – was sent to Beau Biden Foundation. The mission of the organization honoring the president’s late son is to prevent child abuse “through effectively educating adults and children, developing the next generation of child welfare professionals, and strengthening child protection laws around the country.”