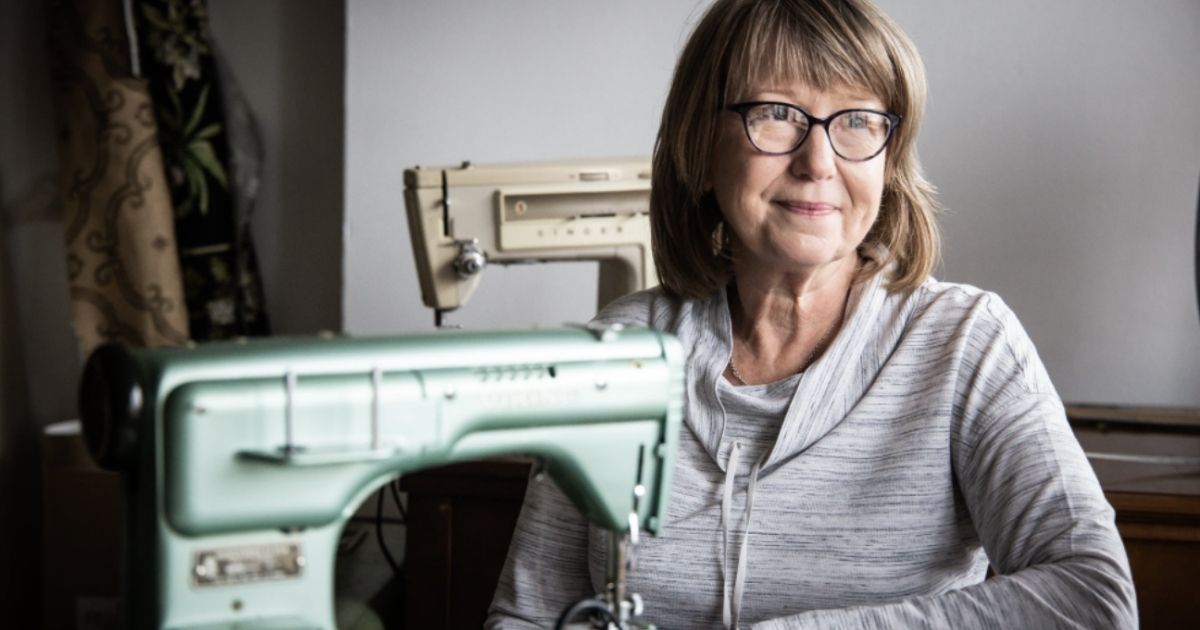 Many times when we want to help others, we’re encouraged to draw from our skillsets and knowledge bases to provide unique services to those who need them.

But sometimes, the required qualifications are simply a heart to serve and a willingness to learn — something Colleen Coulbourne of Eugene, Oregon, knows a bit about.

Coulbourne has volunteered at Eugene Mission for around two years. According to their Facebook page, the organization is “Eugene/Springfield’s only full-service wellness center for the homeless, providing its guests with a path off the streets, both for the short-term and long-term, by sharing the hope and love of Christ in word and in action!”

Coulbourne’s first gift was to share her experience as a recruiter, holding classes for the homeless to help prepare them for job interviews.

“Job Seeking 101 is one of the new classes that started this last term at the Eugene Mission and is lead by community volunteer Colleen Coulbourne,” Eugene Mission posted on social media in early 2021.

“Colleen is a business owner, a Rotarian and a Mission volunteer who became involved during the pandemic working with her Rotary club to help Mission staff and guests with in-kind donation inventory management. Colleen was impressed by the hard work of Mission guests who were eager to contribute and who were currently unemployed.”

But then someone came to her with a job-hunt-related request that she wasn’t experienced with.

“One of those guys, he had long pants and really short legs, and so he really needed to hem them — like, a lot,” Coulbourne told KMTR. “He asked me if I would hem them, and I — I’ve never hemmed a pair of pants in my life.”

But she had the willingness to give it a go and connected with another volunteer at the mission who was gifted in that way and had been offering sewing courses. Coulbourne sat in and learned the basic skills that could be used to help prepare job-seekers in more ways than just knowing how to hem a pair of pants.

“And then I thought, well you know what, give a man a fish right? Give him a pole,” Coulbourne said. “So I’m going to teach how to — how to sew. Then I found out that Denise had already been teaching that class, and that’s how it picked up again.

And it’s made all the difference. The man who asked for her help got a job. More people than ever were interested in the sewing classes, and the mission’s relational approach to skill development and reaching the underserved community has proved successful.

“Volunteers Denise and Colleen are in the Mission sewing lab every week teaching beginning and advanced sewing,” a post from Eugene Mission reads.

“Contrary to assumptions, the class is filled entirely with men who are enjoying tinkering with sewing machines and learning how to quilt! The room is rich with conversation and creativity. Most of the participants are enjoying the social interaction as much as the actual task at hand.”

Coulbourne was recently recognized by Rife’s Home Furniture and Mattress for her Acts of Kindness and was awarded $150, which she said would “buy a lot of fabric.” She also said that she has personally benefited from her time at the mission.

“The mission really does change lives in significant ways,” she said. “There are people who’ve lost hope, who’ve lost a sense of purpose in their own lives. This is what gives me purpose, and helping them does that for me.”