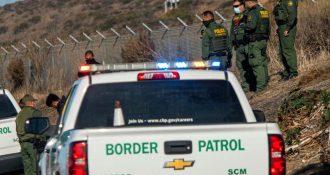 The following article, Biden’s ICE Wasted $17 MILLION on Hotel Rooms for Illegals That Were Never Used, was first published on .

The Biden-controlled immigration department wasted an incredible $17 million on hotel rooms that were never used to house illegals.

Immigration and Customs Enforcement paid $87 million for a contract with the illegal alien advocacy group Endeavors to secure places for border crashers to say while they are going through the system after illegally entering the country, according to a report by the Department of Homeland Security’s Inspector General.

Unfortunately, ICE settled for this single contract and didn’t bother taking bids from any other source resulting in huge waste, the Inspector General said.

As a result of the alleged blunder, the government was contractually obligated to pay Endeavors $17 million for hotel rooms that were mostly empty between April and June of 2021, according to the report.

“ICE’s sole source contract with Endeavors resulted in millions of dollars being spent on unused hotel space,” it read.

Additionally, Endeavors put “migrant families and the outside population at risk of contracting COVID-19” by not following testing procedures before transporting migrants, officials alleged.

The Texas-based nonprofit also failed to provide snacks and storage areas for migrant families as required by ICE guidelines, the Office of Inspector General said. Spotty surveillance and document security at migrant facilities run by Endeavors was another concern, according to the report.

The alleged mismanagement came around the same time Endeavors entered into another, more lucrative no-bid contract with the US Department of Health and Human Services. The deal raised eyebrows because it was secured after the organization hired Biden administration transition team member Andrew Lorenzen-Strait as its senior director for migrant services and federal affairs.

Once again, a politically connected, left-wing “non-profit” made millions off the taxpayers while failing to deliver the services that were required.