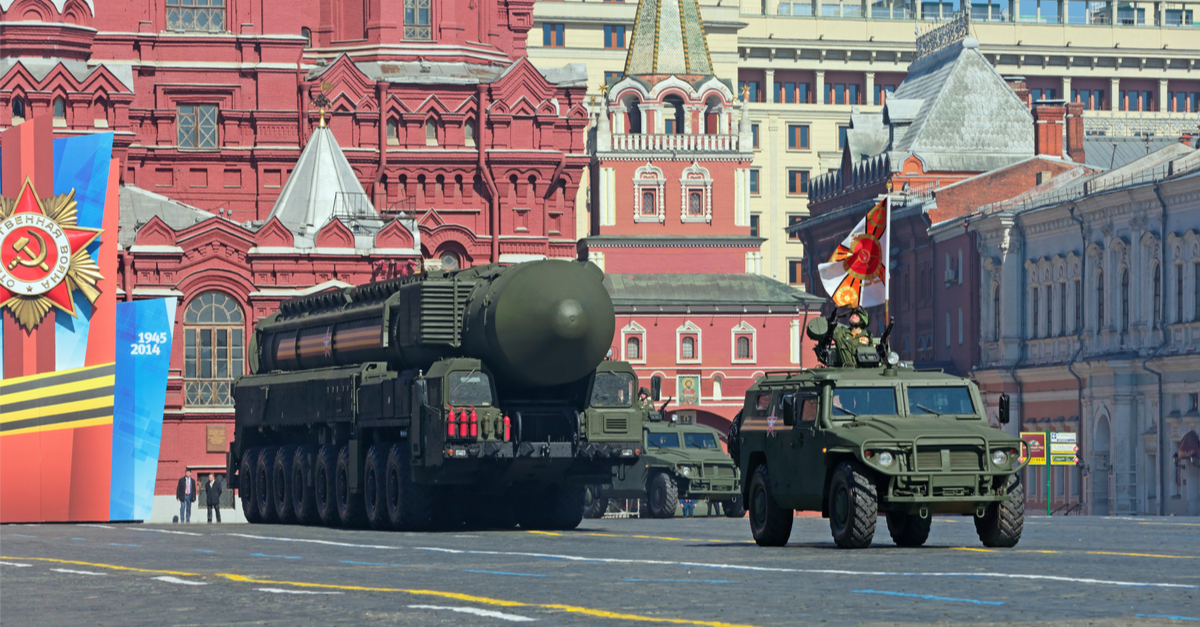 The following article, Zelenskyy Says Russia Likely to Use Nukes in Ukraine, was first published on Flag And Cross.

The sheer horror that Russia has inflicted on Ukraine over these last few weeks cannot be denied.  The atrocities that we’ve seen thus far has sent the world into a tizzy already, and there are fears that there are still undiscovered evils to be found as Ukraine ventures back into cities and towns once held by the Kremlin’s fighting force.

According to Ukraine’s president, there may be something even more horrible coming down the line as well.

During a preview of an interview set to air on Sunday’s broadcast of CNN’s “State of the Union,” Ukrainian President Volodymyr Zelensky told Jake Tapper that “all of the countries of the world” should be prepared for the possibility that Russian President Vladimir Putin could use tactical nuclear weapons in his war on Ukraine.

When asked if he was worried about the use of nukes against Ukraine, Zelesnkyy did not shy away from the blunt response.

“And not only me, I think all over the world, all the countries have to be worried,” Zelensky replied. “Because, you know that it kind of be not real information, but it can be the truth because when they began to speak about one or another battles or involves enemies, or nuclear weapon, or some chemical, you know, issues, chemical weapons, they should do.”

“They could– I mean, they can. For them, life of the people is nothing,” he added. “That’s why we should think, not be afraid. I mean, that not be afraid, be ready. But that is not the question for to Ukraine, and not only for the Ukraine, for all over the world, I think so.”

The belligerence of Russian President Vladimir Putin throughout the invasion has been a troubling indication of his own fatalism, and this has prompted a great deal of fear about his potential use of nuclear weapons.