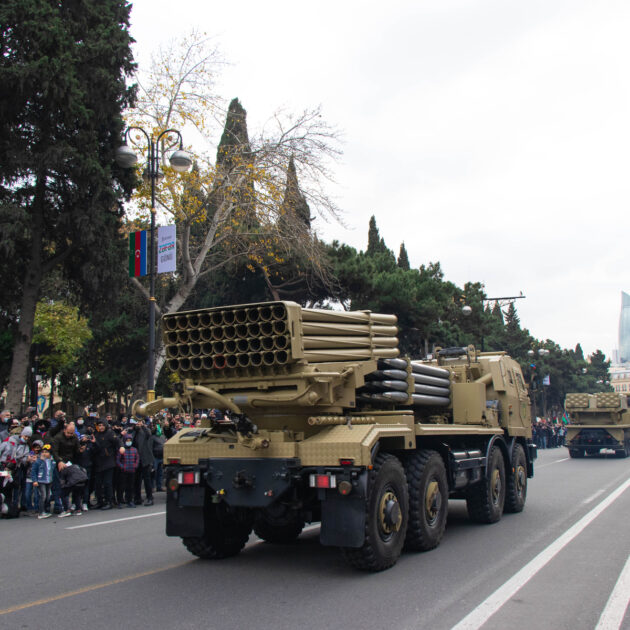 The following article, Russia Warns of ‘Unpredictable Consequences’ After Biden Announces Another Arms Shipment to Ukraine, was first published on Flag And Cross.

Russia has protested against the U.S. sending military aid to Ukraine, warning of “unpredictable consequences.”

In a diplomatic note sent to the U.S. this week, Moscow expressed its opposition to the Biden administration assisting Ukraine, which is fiercely resisting a Russian invasion.

The Russian Embassy in Washington, D.C, forwarded the document — titled “On Russia’s concerns in the context of massive supplies of weapons and military equipment to the Kiev regime” — to the U.S. State Department.

The Washington Post reviewed a copy of the document, which was written in Russian and sent with an English translation.

The note came after President Joe Biden announced Wednesday that the U.S. would deliver a new $800 million arms package to Ukraine, including heavy artillery, armored vehicles and drones.

“We call on the United States and its allies to stop the irresponsible militarization of Ukraine, which implies unpredictable consequences for regional and international security,” Russia said in the diplomatic note, according to the Post.

Russia alleged that NATO was pressuring Ukraine to end talks with Russia “to continue the bloodshed.” Furthermore, the document claimed that the U.S. was telling other countries to halt cooperation with Russia and to send Soviet-era weapons to Ukraine.

Russia accused the U.S. and its allies of violating the “rigorous principles” regarding weapons transfers to conflict zones.

The Kremlin also said Washington was failing to consider “the threat of high-precision weapons falling into the hands of radical nationalists, extremists and bandit forces in Ukraine.”

“What the Russians are telling us privately is precisely what we’ve been telling the world publicly — that the massive amount of assistance that we’ve been providing our Ukrainian partners is proving extraordinarily effective,” a senior Biden administration official told the Post.

When Russia launched its war against Ukraine on Feb. 24, Russian President Vladimir Putin warned the world against trying to help Ukraine, saying that “anyone who would consider interfering from outside” would “face consequences greater than any you have faced in history.”

However, since the war began, the U.S. and its European allies have defied Putin, arming Ukraine against the Russian invaders.

The Russians have perpetrated massive atrocities against the Ukrainian people, including the mass killings of civilians and bombings of residential areas, schools and hospitals.

The Ukrainians have put military aid to effective use, forcing Russia to pull out of Kyiv and focus on Ukraine’s east and south after suffering heavy losses.

It is estimated that between 7,000 and 15,000 Russian soldiers have been killed, according to the BBC. Kremlin spokesman Dmitry Peskov last week acknowledged the massive casualties, calling them “a huge tragedy for us.”