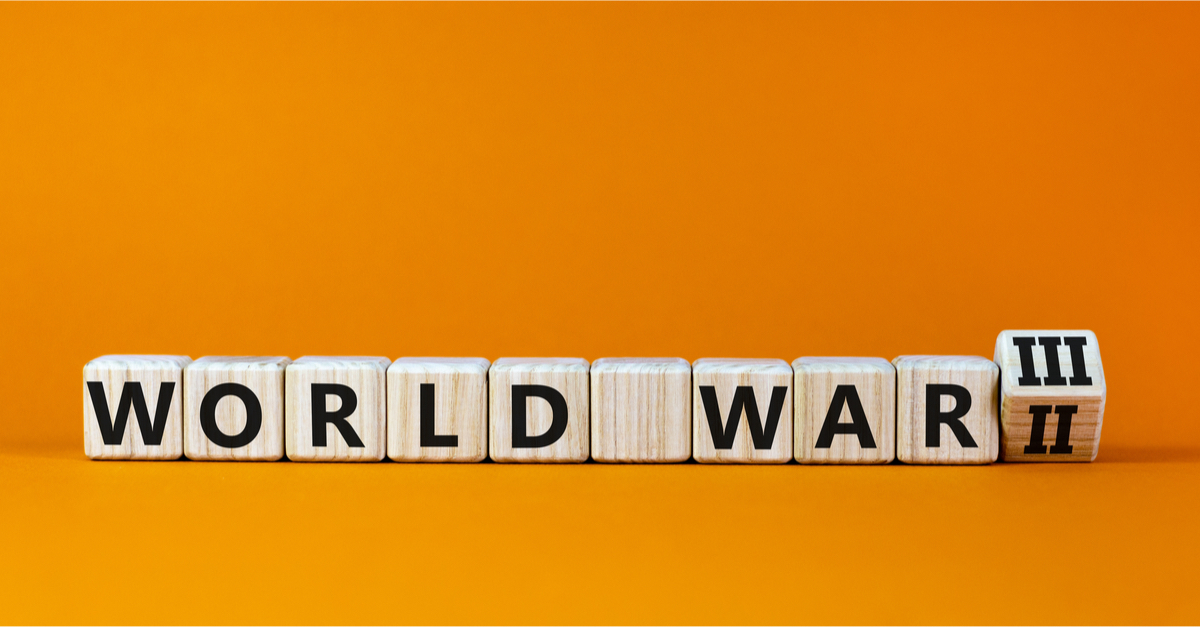 The following article, Russia Declares WWIII Has Begun After Moskva Sunk, was first published on Flag And Cross.

As soon as Russian troops began traipsing into Ukraine, (many of whom say they were duped into doing so), there were fears that the conflict could bloom into something much larger and more frightening over time.

This is largely due to Russia’s insidious ways of waging war, and their total disregard for human life.  The world, as it looked in on the Ukraine invasion, would be aghast, no doubt, and soon there would be great demand for action.  There were even fears that World War III could be just over the horizon.

Now, those fears appear to have come true, as Russia themselves have declared that the big one is here.

Russian state TV says World War Three has already started after the sinking of the Moskva.

The Kremlin’s main propaganda mouthpiece went into meltdown last night after the flagship of the Black Sea Fleet was taken out.

Officials have refused to acknowledge Ukraine’s claims it struck the ship with cruise missiles, an operation which would be one of Kyiv’s biggest military successes since the invasion began.

The network did not beat around the bush.

Russia 1, a Kremlin mouthpiece which has championed the war, came close to acknowledging Ukraine sunk the Moskva by demanding a crushing response.

Olga Skabeyeva, one of Vladimir Putin’s leading propagandists, told viewers Western support for Ukraine amounted to direct conflict with Russia, saying: ‘What it’s escalated into can safely be called World War Three. That’s entirely for sure.

‘Now we’re definitely fighting against Nato infrastructure, if not Nato itself. We need to recognise that.’

The sinking of the Moskva is Russia’s costliest military loss in decades, and has severely shifted the calculus of their invasion efforts.