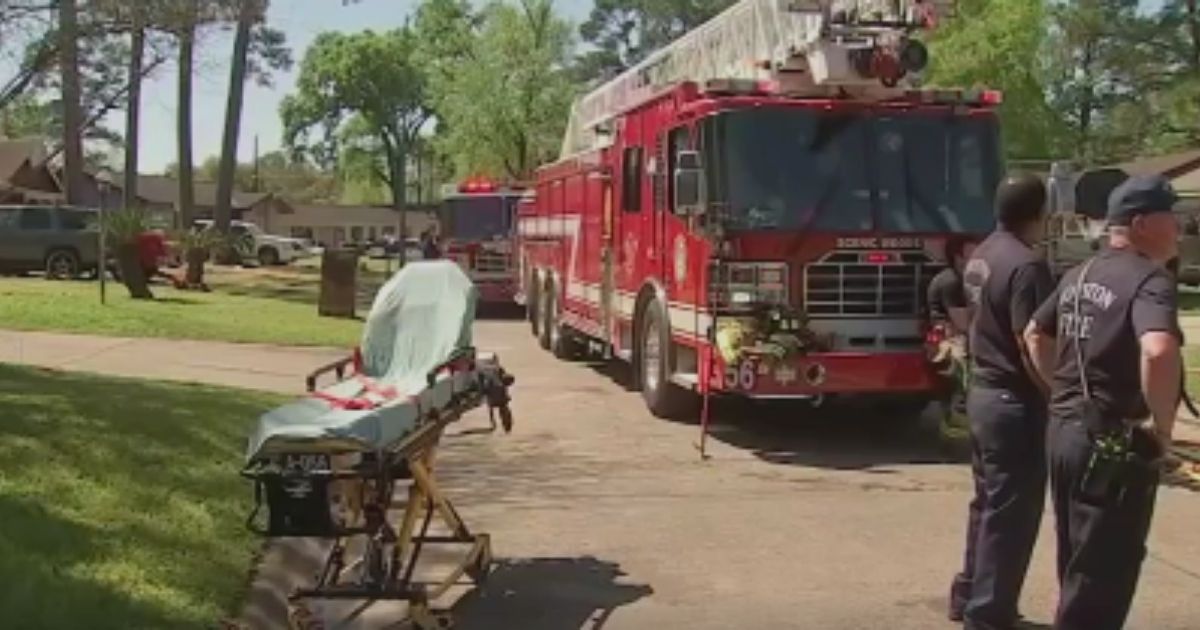 The following article, Good Samaritans Hear Man Yelling for Help, Spot Him in Burning Home Trapped by Burglar Bars, was first published on Flag And Cross.

There are plenty of ways to help make your home a more secure place: You can install doorbell cameras, make sure to keep doors and windows locked and even have security bars installed over your windows to really deter potential thieves.

But in some emergencies, certain precautions can become liabilities, as one Houston couple tragically found out on Sunday.

Reports came in at around 10:40 a.m. Sunday that a house in northeast Houston was on fire. The residents, a man and a woman, were unable to escape the burning home and were trapped by the burglar bars on the home’s windows.

Good Samaritans nearby who were visiting the neighborhood barber heard the man yelling for help and went to investigate. Neither one wanted to give their names, but they were both willing to talk about what happened next.

“Heard the dude hollering and went down to help him,” one of the men said, according to KTRK-TV. “I seen him standing at the burglar bar.”

Within minutes the men had come up with a plan, and the barber pulled his truck around. As the flames grew, the men attached chains from the truck to the security bars, and then used the truck to pull the bars free.

The man, who’d been at the window, was immediately pulled out by the good Samaritans. One of them tried to enter the house to save the woman, but he had to turn back.

“Tried to go in and get the wife,” he said, “but smoke and the flames was too hot.”

According to NNB News Today, it only took the Houston Fire Department six minutes to get to the house, but in that time, the heroic men had been able to rescue the man and attempt to rescue the woman.

HFD firefighters found the woman and removed her, but she was in critical condition by that time.

“They had to do CPR at the time,” Houston Fire Deputy Chief Douglas Harrison said. “I believe they got pulses back, is what I’m told. But she is in critical condition.”

The couple was taken to the hospital, where the man was treated for smoke inhalation and is expected to recover. The wife, however, passed away at the hospital.

Had it not been for those good Samaritans, the husband could’ve perished too.

“They [the two good Samaritans] definitely stepped up and helped the problem,” Harrison acknowledged. “They didn’t just sit back and watch.”

As for the nameless heroes, this was a morning they will not soon forget.

“God just puts you in the right places at the right time,” said the other. “To be in people’s life.”

The HFD arson team is currently investigating the cause of the fire.

In the L.A., California (I have visited)area all residences have security bars in all windows on ground floor windows. These security bars open from the inside out and they all have a means to open them up from inside so people can escape That is how these bars should be put in in all homes.