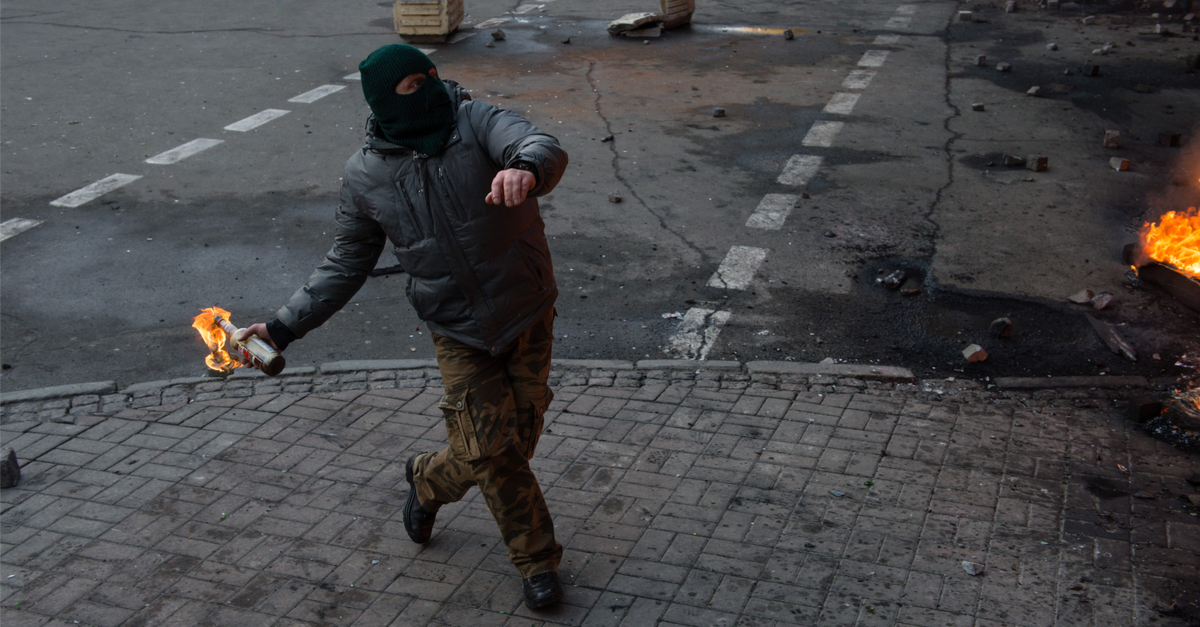 The following article, Video of Lethal Officer-Involved Shooting Sparks Protests and Antifa Calls for Violence, was first published on Flag And Cross.

Following a traffic stop on April 4, Patrick Lyoya, a 26-year-old black man, ran from his vehicle, resulting in a struggle in which the officer shot him in the head while on top of him, WEYI-TV reported.

The shooting happened roughly three minutes after the officer pulled Lyoya over for a license plate violation.

On Wednesday, the Grand Rapids Police Department released cellphone and surveillance video footage of the incident as well as the officer’s body and dashcam video.

“This [is] a difficult day. My heart goes out to the family of Patrick Lyoya,” Grand Rapids Police Chief Erik Winstrom said during the news conference.

The Michigan State Police are now investigating the shooting. Once the investigation is complete, the case will be turned over to the Kent County Prosecutor’s Office.

Winstrom said the officer is on paid administrative leave pending the results of the investigation.

In the footage of the struggle and shooting, there is indication that Lyoya took the officer’s Taser. The officer is heard saying, “Let go of the Taser” and “Drop the Taser,” according to CNN.

Winstrom told reporters that the Taser was deployed twice during the confrontation, but the prongs didn’t hit Lyoya.

Since the release of the footage, protesters have taken to the streets in Grand Rapids.

One antifa group called for extreme responses to the shooting.

Andy Ngo, an independent journalist and editor at the Post Millennial, tweeted that Lyoya “has a long criminal history that includes a conviction for assaulting a pregnant woman in Kentwood, MI.”

#PatrickLyoya, the black man shot dead by a @GrandRapidsPD officer after violently resisting arrest & trying to take his taser, has a long criminal history that includes a conviction for assaulting a pregnant woman in Kentwood, MI. #Antifa & the far-left are calling for revenge. pic.twitter.com/oCDkYCH6z9

Civil rights attorney Benjamin Crump, who has been retained by the Lyoya family, said the officer should be fired and charged.