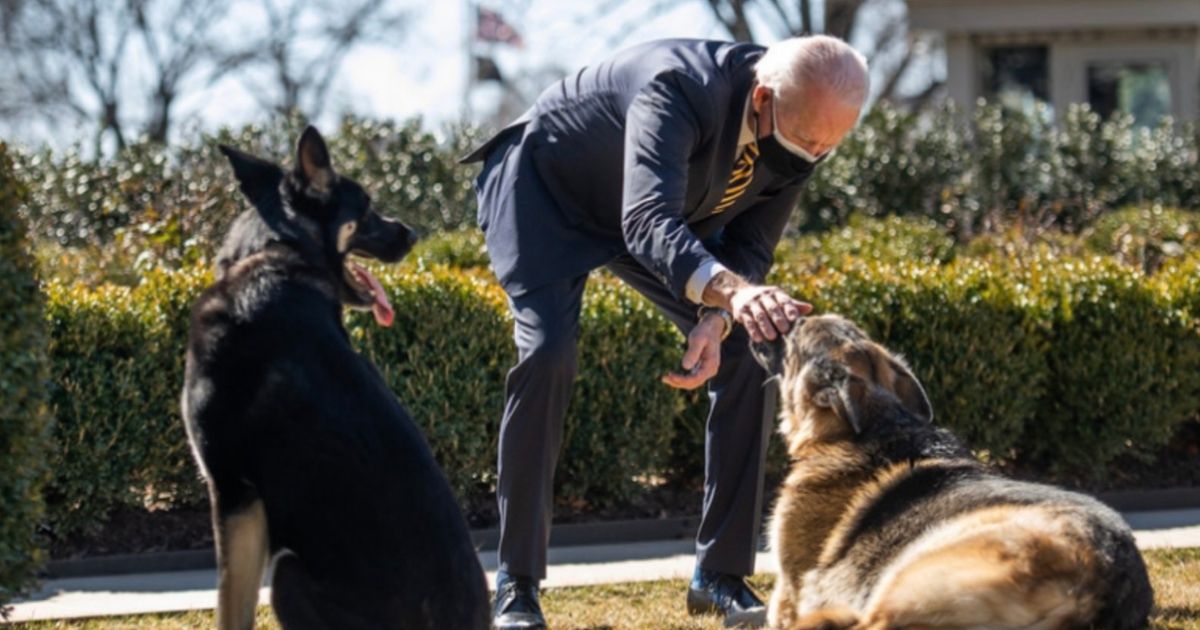 The following article, Secret Service Agent Attacked by Major Is Furious at Psaki’s Response, was first published on Flag And Cross.

A hallmark of the Biden administration is deflecting blame and blatantly lying about serious issues such as its responsibility for historic inflation, its inept coronavirus response and the catastrophic border crisis.

However, this White House even lies about trivial matters, such as dog bites committed by President Joe Biden’s pet, Major.

One Secret Service email said that “at the current rate, an Agent or Officer has been bitten every day this week (3/1-3/8), causing damage to attire or bruising/punctures to the skin,” according to the damning 400-page incident report.

Judicial Watch obtained the documents pursuant to a Freedom of Information Act lawsuit after the Department of Homeland Security (the umbrella agency for the Secret Service) refused to turn over the records.

In a March 9, 2021, email chain, a Secret Service agent who guards Biden was furious after Psaki blamed him for the bite during a White House press briefing.

The email chain began with a fellow agent asking, “You ok? Someone told me you got bit.”

The agent who was bitten replied, “Yes I got bit by Major on [redacted] and NO I didn’t surprise the dog doing my job by being at [redacted] as the press secretary just said! Now I’m pissed. Thanks for checking in.”

The other agent said, “SMH [shaking my head] … hope you didn’t get hurt [too] bad. Take care.”

During a news conference earlier that day, Psaki had told reporters, “Champ and Major, the president and first lady’s dogs — members of the family — are still getting acclimated and accustomed to their new surroundings and new people. And, on Monday, the first family’s younger dog, Major, was surprised by an unfamiliar person and reacted in a way that resulted in a minor injury to the individual.”

.@PressSec: “On Monday, the first family’s younger dog, Major, was surprised by an unfamiliar person and reacted in a way that resulted in a minor injury to the individual, which was handled by the White House medical unit…The dogs will return to the White House soon.” pic.twitter.com/fSXsqrA08F

“For your awareness, Major bit one of the agents this morning,” Cho wrote, according to the Judicial Watch records. “The agent is ok, but does have bruising and a puncture.”

The email said that “we have noticed Major getting more aggressive lately.”

Generally, a dog behaves according to how his owner trained him. When a dog is unruly or aggressive, it is often the owner’s fault because he didn’t train the animal properly and might even have encouraged such behavior.

The bigger issue here isn’t dog training, however, but the fact that Psaki and her boss continue to shirk responsibility for the numerous disastrous crises that have erupted on their watch.

If you lie about the big things, of course you’d lie about smaller issues such as dog bites.

The Biden Admin is calling inflation the “Putin Price Hike.”

They want you to forget all of this. pic.twitter.com/pHtnmSIl2o

Numerous Twitter users slammed the White House for its handling of the dog bite.

Shameful to cover this up… https://t.co/Q2JFlv7np9

Others said Major’s antics were the Bidens’ fault.

that dog was never trained properly and should have been removed months & months ago. just another example of biden screwing up something else.

With an owner like that, I’d be a bad dog too.

In December 2021, the White House revealed that it had exiled Major.

“After consulting with dog trainers, animal behaviorists and veterinarians, the first family has decided to follow the experts’ collective recommendation that it would be safest for Major to live in a quieter environment with family friends,” Michael LaRosa, first lady Jill Biden’s spokesman, said in a statement.

If only the United States could rid itself of Biden just as quickly.