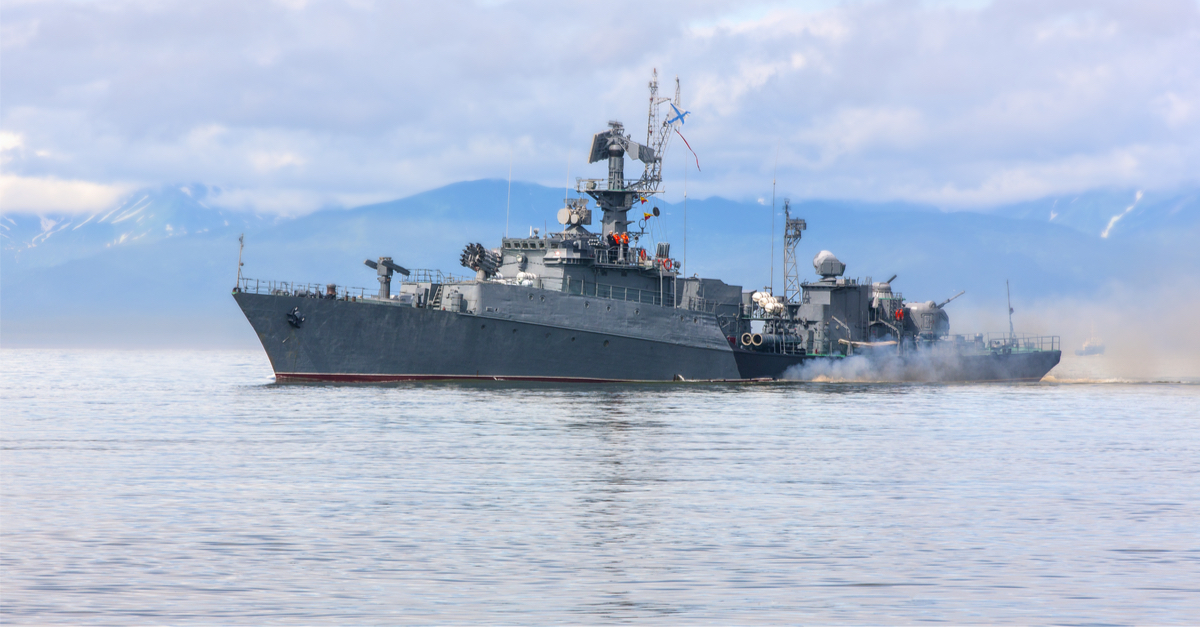 The following article, Russia Loses Navy’s Flagship in Embarrassing Turn of Events, was first published on Flag And Cross.

Throw another big “L” on the pile for Vladimir Putin this week, after Russia lost an enormous piece of military equipment to the depths of the Black Sea.

For weeks, the Kremlin has been embarrassed by the progress in Ukraine.  Their invasion, which some believed would last all of 48 hours, is dragging on toward week 7, with Russia’s military suffering heavy losses compounded by mass desertions and equipment failures.

Now, in what is the Russian military’s worst loss in decades, their flagship naval vessel sits at the bottom of the Black Sea.

The flagship of Russia’s Black Sea fleet, a guided-missile cruiser that became a potent target of Ukrainian defiance in the opening days of the war, sank Thursday after it was heavily damaged in the latest setback for Moscow’s invasion.

Ukrainian officials said their forces hit the vessel with missiles, while Russia acknowledged a fire aboard the Moskva but no attack. U.S. and other Western officials could not confirm what caused the blaze.

Ukraine’s President was quick to pounce.

In his nightly video address to the nation, President Volodymyr Zelenskyy alluded to the sinking as he told Ukrainians they should be proud of having survived 50 days under attack when the Russians “gave us a maximum of five.”

Listing the many ways Ukraine has defended against the invasion, he noted “those who showed that Russian warships can sail away, even if it’s to the bottom” of the sea. It was his only reference to the missile cruiser.

The news appeared to have struck a nerve in Moscow, as the Ukrainian capital of Kyiv was said to be enduring heavier than normal shelling in the aftermath of the sinking.