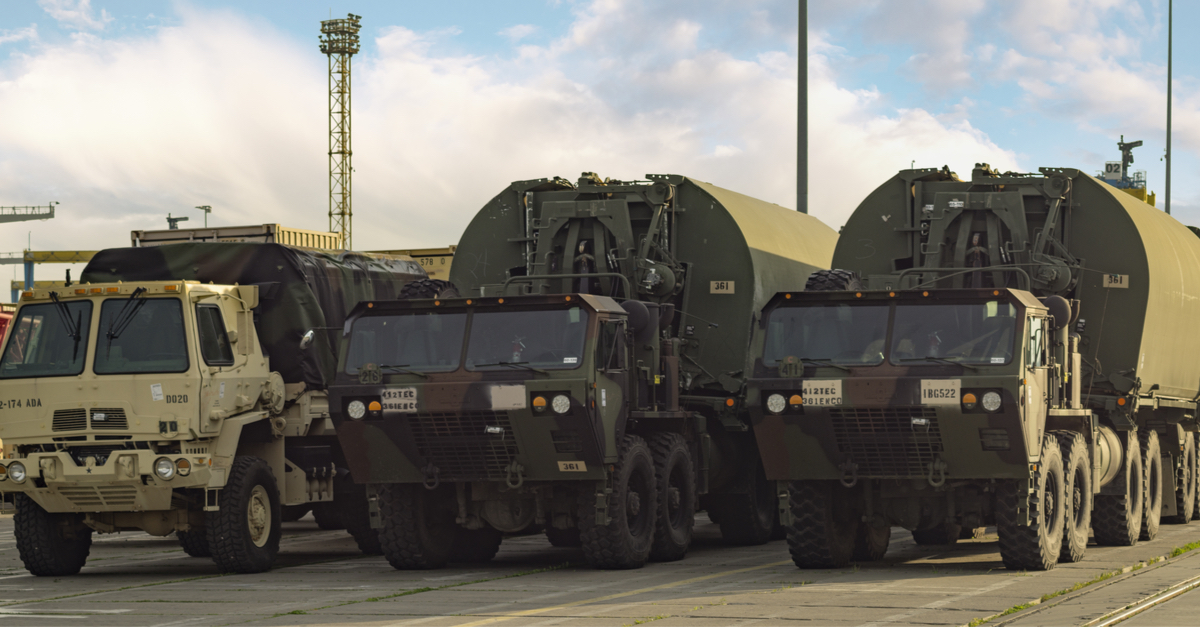 The following article, Russia Issue Blunt Threat to USA Over Weapons Shipments, was first published on Flag And Cross.

The deepest, most worrisome issue with allowing Vladimir Putin to spout his nonsense unabated on the world’s stage is that he’s going to start believing some of his own lies.

Like, for instance, the cockamamy idea that he can just threaten the world with his nuclear weapons whenever he doesn’t get his way.  This sort of “don’t make me press the button” diplomacy is not only gauche, but a little pathetic to boot.

And, as the Russian economy collapses and his political days appear numbered, Putin is trying once again to intimidate the United Staes.

Russia warned the U.S. and NATO this week that there could be “unpredictable consequences” if they continue to send Ukraine “sensitive” weapons as it prepares to launch a massive ground offensive in eastern Ukraine, a report said Friday.

The Biden administration announced that another $800 million in security assistance would be sent to Ukraine Wednesday, including artillery, coastal defense drones, anti-aircraft and anti-tank armored vehicles, and Mi-17 helicopters.

Pentagon press secretary John Kirby said the defense systems approved by the U.S. are “reflective of the kind of fighting that the Ukrainians are expecting to be faced with” as Russia focuses on eastern Ukraine.

The announcement came one month after President Biden had approved a separate $800 million arms package for Kyiv.

But Moscow is taking issue with the sophisticated systems that the U.S. and NATO nations are arming Ukraine with and in a diplomatic démarche this week accused the U.S. of “adding fuel” to its war, first reported the Washington Post Friday.

Given just how embarrassing Russia’s military performance has been in Ukraine, one has to wonder just how seriously anyone should be taking the Kremlin’s threats these days.