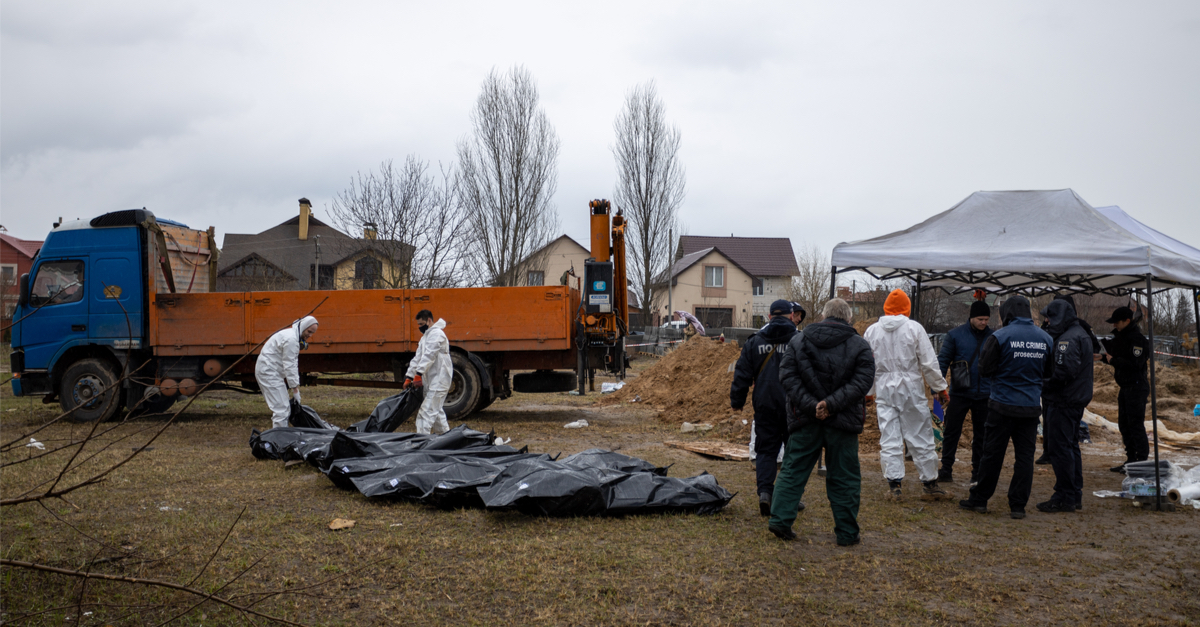 The Russian army has turned from goofy to ghoulish over the course of the last several weeks, and their latest bit of psychological warfare is both sacrilegious and depraved.

At the onset of the conflict, Russia’s troops were abandoning their posts in unbelievable numbers, and those who stuck around long enough to be captured explained that the military had tricked them into invading Ukraine.  At that point, things seemed destined for an embarrassing end for Russia.

But then, as Vladimir Putin’s embarrassment continued to rise, his troops began committing some of the most heinous atrocities the world has ever seen…Nazi Germany included.

The latest gruesome twist to the tale comes to us from Mariupol.

Mariupol’s City Council is warning Friday that Russia’s military is carrying out a “new level of cleansing” in the besieged Ukrainian city by not allowing residents to bury deceased civilians.

In a Telegram post citing locals still trapped there, the officials also said “Russian troops have begun the process of exhuming bodies that were previously buried in the yards of residential buildings.”

“A new level of ‘cleansing’ of the occupiers,” the post said. “The occupiers forbid the burial of people killed by them. In each yard they put their own overseer.”

“It is unknown why the exhumation will take place and where the bodies will be sent,” the city council added.

It is believed that the Russians are trying to hide their war crimes.

The council continued by saying “given that Ukrainian intelligence has recorded 13 mobile crematoria in Mariupol, it is possible to assume that the Russian occupation forces are trying in every way to replace the traces of their war crimes in our city.

Russia’s behavior in Ukraine has been described as “genocide”, not only by Ukrainian officials but also by world leaders such as US President Joe Biden.