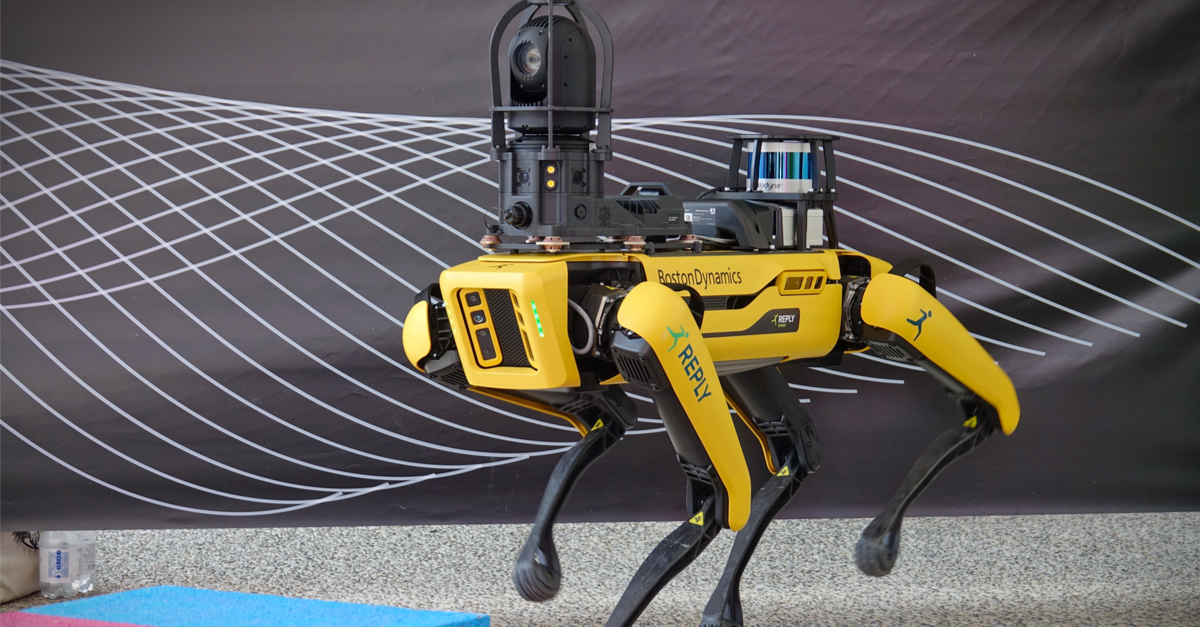 The following article, President Meets Robot Dog, Asks It to Behave, was first published on Flag And Cross.

President Biden’s relationship with dogs is a well-documented one, albeit not always for the most glamorous of reasons.

Biden made canine history as he took over the Oval Office, bringing the first rescue dog to 1600 Pennsylvania Avenue in presidential history.   This was seen by adoption groups around the nation as a positive step forward in terms of the sustainability of the American canine economy.

But then, one of the President’s pooches began to misbehave…and badly.  After several incidents in which Secret Service agent were attacked and bitten, this second pooch was sent on home to Delaware, replaced by Dr. Jill Biden’s new cat.

This week, however, President Biden met a new dog – an artificial one – and his first reaction was to beg for its mercy.

President Joe Biden met a dog robot on Thursday during his tour of a college in North Carolina.

The robot, named “Spot,” built by Boston Dynamics, roamed around the room as the president stood and watched.

“Impressive,” he said shortly, after listening to professors talk about the robotics program.

“The work you’re doing is important,” he continued before turning again to the robot.

“Spot, I tell you what, be nice to me on the way out, OK?” Biden said, addressing the robot.

It wasn’t immediately clear whether or not the Commander in Chief’s epithet was meant as a subtle reference to his own dog’s bad behavior, or merely the common reaction from the owner of a reactive dog.