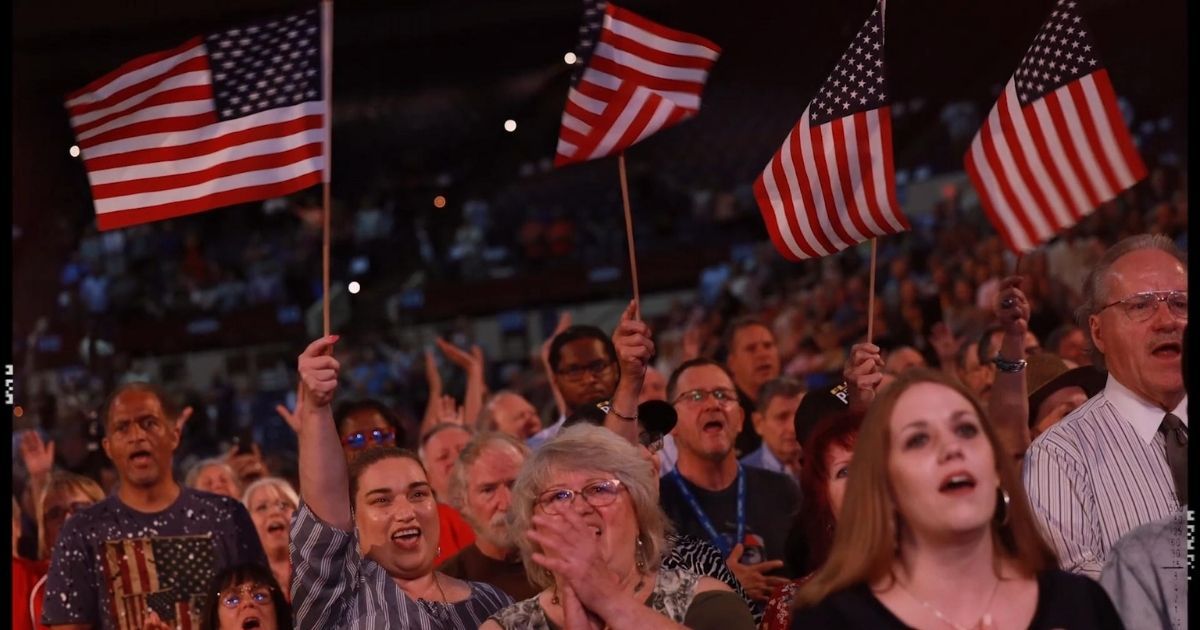 The following article, Christian Leaders Issue Urgent Call for Patriots to Gather: God Is On the Move in Our Nation, was first published on Flag And Cross.

Christian leaders on the commentary show “Flashpoint” say that God is about to move in powerful way in the U.S., and they’re exhorting Americans who love their country to gather in Tulsa, Oklahoma, next week to help start the fire.

“Don’t make the mistake [of thinking] that this is a religious event. While we do honor God, and we’ll see signs and wonders, this is also a gathering of patriots,” Gene Bailey, host of “Flashpoint” told The Western Journal concerning the “Flashpoint Live” filming and the Awake Oklahoma events happening at the Mabee Center on the campus of Oral Roberts University on April 21-22.

“Why Tulsa? Because it’s in the middle of America,” he explained, “and we’re going to see God move in our nation.”

“You have to understand we’ve got a job to do, and it’s time to stand up and take our place as Americans and turn this nation back to the Judeo-Christian values that we all hold dear,” Bailey said.

“Flashpoint” airs on Tuesday and Thursday nights at 8 p.m. Eastern on The Victory Channel, which can be seen on Roku, Rumble, GoVictory.com, and various cable and satellite outlets. “Flashpoint” will also soon air on LiftableTV.

The program started in September 2020 to address issues important to Christians and patriotic Americans heading into the general election that year.

“We came together and what started the very first program really ignited something in Americans, especially. It soon turned into a global movement. We’re speaking the truth, all from a spirit of faith, but absolutely speaking the truth,” Bailey said, noting the show draws viewers from over 40 countries.

“They’re watching because what happens in America affects the global environment,” he stated.

Flashpoint is not your typical news show, Bailey noted.

“It is news commentary in the spirit of faith, but you’re going to hear everything from prophecy to the latest news story. We dig a little deeper. And we basically call it out and we motivate the viewers on things to do,” Bailey said.

Wallnau, Kunneman and Murillo were all in agreement that something special is going to happen in Tulsa.

“Watching it is one thing,” he said on Tuesday’s program. “Being in the Upper Room when the action happens is when the testimony comes from.”

“People will talk about that day — that Thursday and Friday — in history,” Kunneman added, “because God’s going to show up and God’s endorsing it.”

Murillo — who is slated to play a prominent role when “Flashpoint Live” is shot Thursday in Tulsa, said, “We have to understand what we’re bringing together in Tulsa is a two-edged sword.”

“It’s going to be an organized revolution of love, to influence elections, to get people involved, to topple regimes that are ruining Americans’ morals. Then on top of it an outpouring of the spirit where thousands will be saved and healed,” he continued.

“I believe Satan is shaking in his boots over Tulsa right now, because it’s going to demonstrate a total witness that America needs right now” he said.

Those who would like to attend the filming of “Flashpoint” in Tulsa are asked to register here. Registration is free.

Continue reading: Christian Leaders Issue Urgent Call for Patriots to Gather: God Is On the Move in Our Nation ...