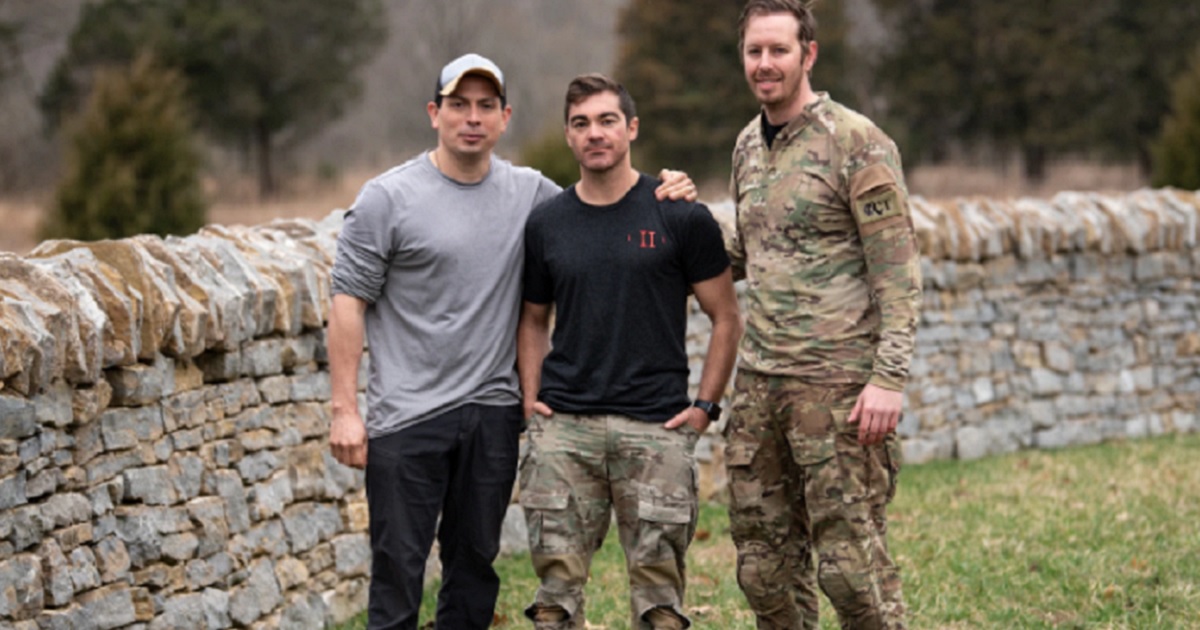 The following article, ‘Blessing and a Miracle’: Air Guardsmen Training at Aquatic Center Save Drowning Infant’s Life, was first published on Flag And Cross.

One infant in Louisville, Kentucky, is alive today thanks to the expert training and quick actions of several members of the Kentucky Air National Guard’s 123rd Special Tactics Squadron.

The squadron had been wrapping up a training session at the Mary T. Meagher Aquatic Center on March 15 when one of them spotted something amiss.

A nearby swim instructor was holding a baby, but the instructor had an odd look on his face that tipped off Master Sgt. Devin Butcher to the fact that something was seriously wrong.

“I’d seen him there multiple times before, but this time he had a strange look on his face — an ‘I need help’ look on his face,” Butcher said, according to an article on the Air National Guard website.

“Clearly, he was someone who was in shock. Then I observed an infant in his hands that was blue, with mucus coming from the nose and mouth, which is what’s apparent for a drowning victim.”

An initial assessment confirmed that the baby wasn’t breathing, so Butcher handed the child off to two other airmen while orchestrating other rescue concerns.

“I looked at another teammate of ours and told him to call 911 and looked at one of the lifeguards and told him to go and grab their [automated external defibrillator],” Butcher explained, according to the article. “The team just started huddling and doing all their different roles. We had guys who were grabbing hypothermia blankets. We had individuals who were getting oxygen.”

Tech Sgt. Ryan Penne had been handed the baby, and at first he didn’t know why.

“I didn’t know necessarily what was going on,” Penne, a pararescueman, said, according to the article. “I just had a baby put in my arms that was unresponsive and blue and cold. So, I started going through the medical procedures to try to revive him.”

Penne and Master Sgt. Elmer Quijada performed CPR while first responders were on their way. By the time EMTs arrived to take the baby, the boy’s condition had improved dramatically.

“After a couple minutes, the baby started slowly coming back to life, the color started coming back and the baby was starting to be able to breathe on his own,” Butcher recalled, according to the article. “But we put oxygen over his nose and mouth, just to help him facilitate that, and then wrapped him up in the hypothermia blankets to keep the baby warm.

“It was definitely a team and joint effort. There was absolutely no one person. It was ‘right place, right time.’ I mean, if it would’ve been three minutes before or three minutes after us walking out, I don’t know what the situation would’ve been like.”

The infant was taken to the hospital and is reportedly doing well, thanks to the men’s quick intervention.

“The training just kicked in,” Butcher said. “People say that, and it’s a cliché, but it’s really true. Being able to assess a situation very quickly and realize if there’s somebody that needs help or there’s an action that we can do to make a situation better — it’s all instinctual.”

“We train to work under intensely stressful conditions and respond quickly to life-or-death situations,” Quijada added. “Whether it’s a combat situation or a drowning infant, stress is stress. I’m grateful for the training the military has provided me, and for the team to react the way they did.”

Butcher called the providential timing a “blessing and a miracle,” and seemed grateful for the opportunity to help out the local community.

“We were there at the right place at the right time,” he said. “That’s the unique thing about the Air Guard: We get to be civilian airmen.

“Any time we get to help the community, it’s phenomenal. The outcome here was an absolute miracle, and I’m grateful for that.”