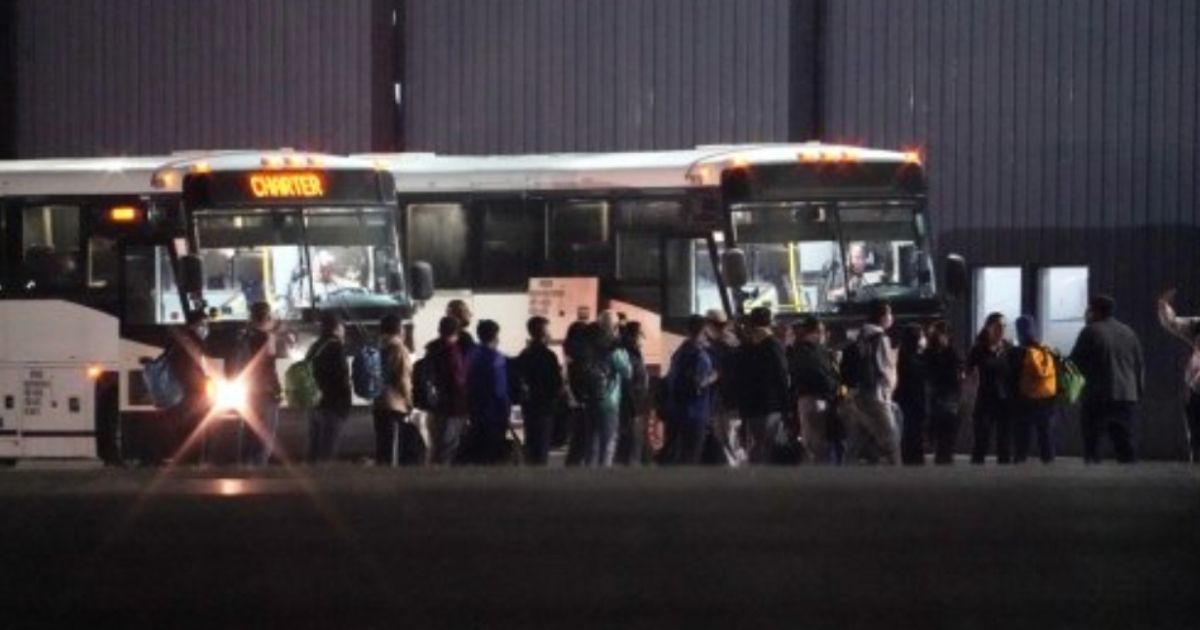 The long, ugly rift between the White House and Texas is stretching well into its second year at this point, with US President Joe Biden and Texas Governor Greg Abbott butting heads over a number of political points – immigration being chief among them.

Abbott has long felt as though the federal government, (at least under Democratic leadership), hasn’t been doing their part in the fight against illegal immigration.  The Biden White House, on the other hand, hasn’t seen the border crisis clearly, with border czar and Vice President Kamala Harris having made a meager number of trips to the region while being tasked with finding a solution.

And while Texas waits on Washington DC to make a move, Governor Abbott is taking matters into his own hands in a starkly symbolic way.

A second bus from Texas arrived near the U.S. Capitol in Washington, D.C., just before 4:30 a.m. Thursday, transporting more than a dozen illegal immigrants as part of Texas Gov. Greg Abbott’s new plan to counter federal immigration policies during an ongoing border crisis.

Abbott announced last week that he was directing the Texas Division of Emergency Management (TDEM) to transport migrants released from federal custody in Texas to the nation’s capital and other locations outside his state.

Fourteen migrants stepped off the bus a block from Union Station on First Street. The migrants are from Venezuela, Nicaragua, Cuba and Colombia, one man said.

These first two busses may be but a tiny taste of things to come, as Texas possesses an enormous fleet of 900 such vehicles that can be brought into action if necessary.