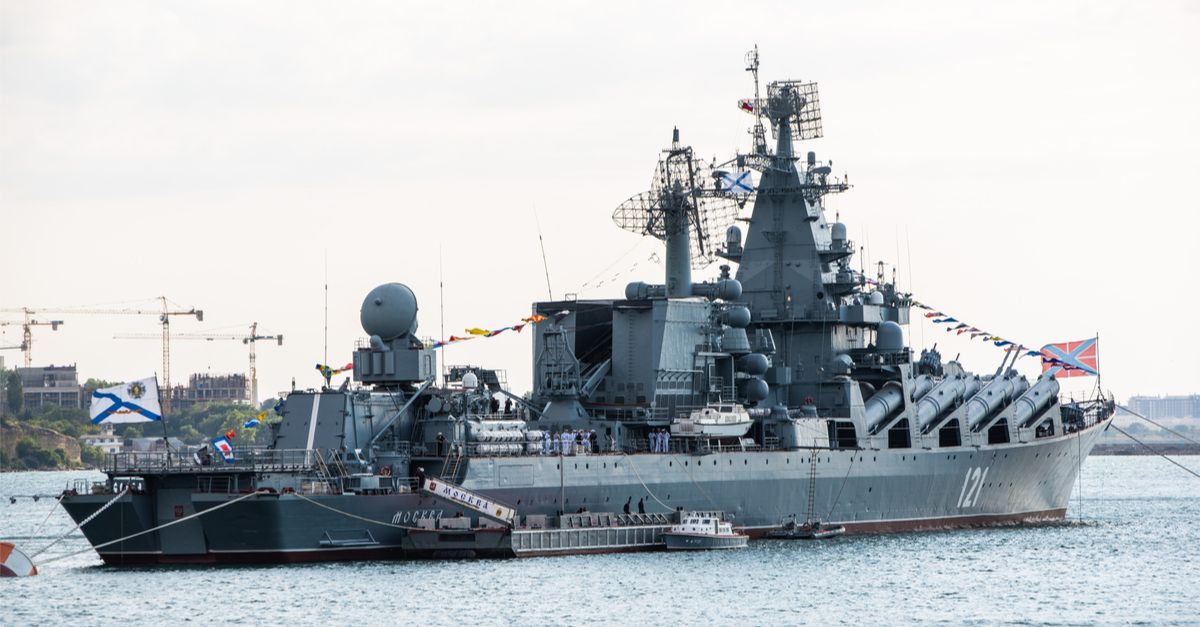 The following article, Russia Bickers with Ukraine Over Fate of Warship, was first published on Flag And Cross.

To put it bluntly, the Russian military is getting their derriere handed to them in Ukraine, and it appears to be annoying the Kremlin to no end.

First, there’s the fact that Russia has resorted to terrorism and genocide – not something that a winning army ever resorts to.

But then there’s the spin, with Russia constantly seeking to “correct” the record if it is claimed that they’ve suffered a heavy loss.  This week’s example comes to us in the form of bickering about how badly a Russian warship was damaged.

The Russian military sustained a major blow Thursday when the flagship of the country’s Black Sea fleet was badly damaged and its crew evacuated. Ukrainian officials said their forces hit the vessel with missiles, while Russia acknowledged a fire aboard the Moskva but no attack.

The warship named for the Russian capital was 60 to 65 nautical miles south of Odesa when the fire ignited, and the vessel was still battling flames hours later while heading east, according to a Pentagon official. The loss of the ship would be a major military setback and a devastating symbolic defeat for Moscow as its troops regroup for a renewed offensive in eastern Ukraine after retreating from much of the north, including the capital.

Despite an early report from one Ukrainian official saying the ship had sunk, the Moskva was still moving on its own power, at least for now, a senior U.S defense official said. The official, who spoke on condition of anonymity to discuss internal U.S. military assessments, said the Pentagon could not confirm what caused the fire.

Russian forces have sustained a number of enormous losses throughout the invasion of Ukraine, including perhaps tens of thousands of troops as well as a significant number of high ranking military officials.

Continue reading: Russia Bickers with Ukraine Over Fate of Warship ...