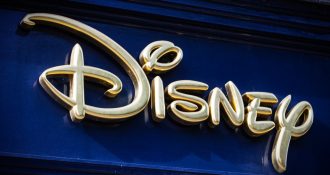 Even as Disney shoves radical gay characters down the throats of American audiences and claims pushing the LGBTQ agenda is a sacred duty, the company is also deleting gay content for Chinese audiences.

While Disney continues its daily attacks on the children of Florida and pushes the left’s attempt to groom children under ten for sexual perversion by the LGBTQ lobby, and as Disney continues to piously claim that it is the savior of gays and has a sacred duty to fill every show it makes with gay content, they are quietly cutting that same gay content for overseas markets — especially for China.

But Disney has now admitted that it remove the gay content for its Chinese release, News.com.au reported.

“As a studio, we’re committed to safeguarding the integrity of every film we release, and that extends to circumstances that necessitate making nuanced cuts in order to respond sensitively to a variety of in-market factors,” said the statement from Warner Bros.

“Our hope is to release our features worldwide as released by their creators but historically we have faced small edits made in local markets. In the case of Fantastic Beasts: The Secrets of Dumbledore, a six-second cut was requested, and Warner Bros accepted those changes to comply with local requirements but the spirit of the film remains intact,” Disney added.

Well, what happened to their sacred duty to push LGBTQ on everyone?

Guess the agenda takes a back seat when there is cash on the line, huh?