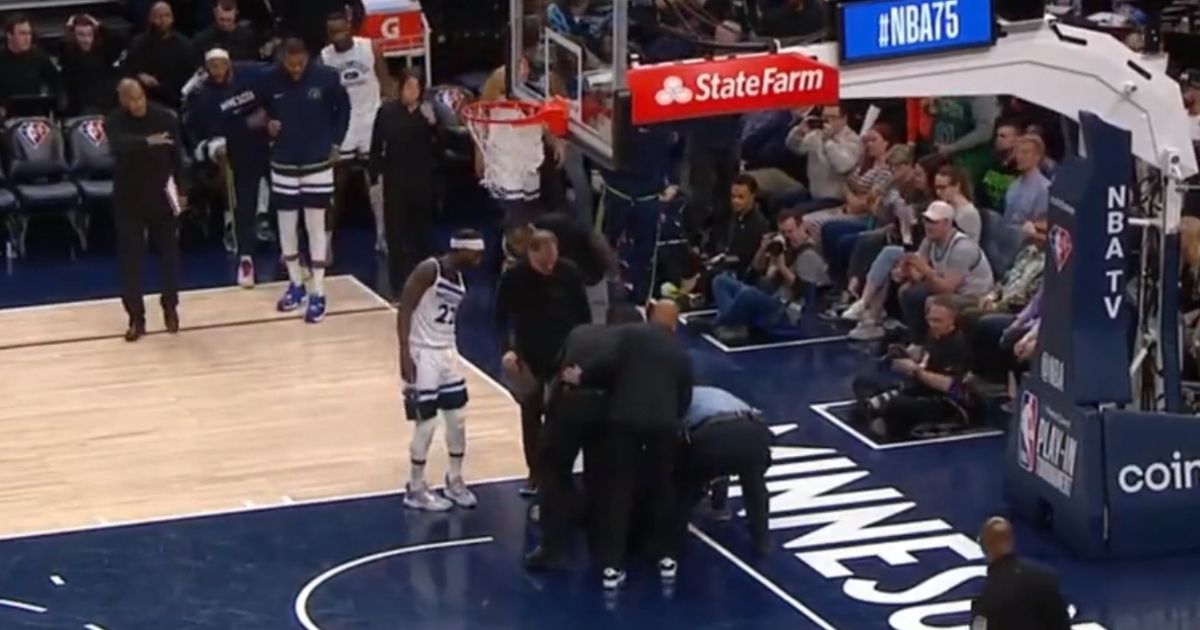 Tuesday night’s battle for one of the last NBA playoff spots was briefly interrupted by an animal rights protester who tried to glue herself to the floor of the Target Centre in Minnesota.

The glue did not hold enough to prevent authorities from removing the woman, identified as Alicia Santurio of the animal rights group Direct Action Everywhere, according to USA Today.

However, an image from social media showed that she did leave her mark on the court.

The incident came as the Minnesota Timberwolves were playing the Los Angeles Clippers in a play-in game to determine which team would advance to the playoffs. Minnesota would go on to win 109-104.

Santurio made her appearance with 3:34 left in the second quarter while one end of the court was clear as Timberwolves forward Jarred Vanderbilt was shooting free throws.

TNT sideline reporter Allie LaForce said Santurio told them she had glued herself to the floor and “refused to lift her wrists up.”

Despite that claim, the woman was removed after a short delay in the game.

The protest initially resulted in confusion as players gathered to see if Santurio was ill or injured.

Santurio wore a shirt reading “Glen Taylor Roasts Animals Alive” in reference to the slaughter of chickens at an egg farm owned by Taylor, the majority stockholder of the Timberwolves.

The Iowa Department of Agriculture said 5.3 million birds were killed to stop an outbreak of avian flu in Buena Vista County, where Taylor’s farm is located.

Although Santurio was removed and traces of her protest cleaned away, one commentator noted that there might have been an impact from her actions.

Given that the Timberwolves rallied after the incident, Bleacher Report quipped that “the ‘Glue Game’ might become a permanent fixture in Minnesota sports lore.”