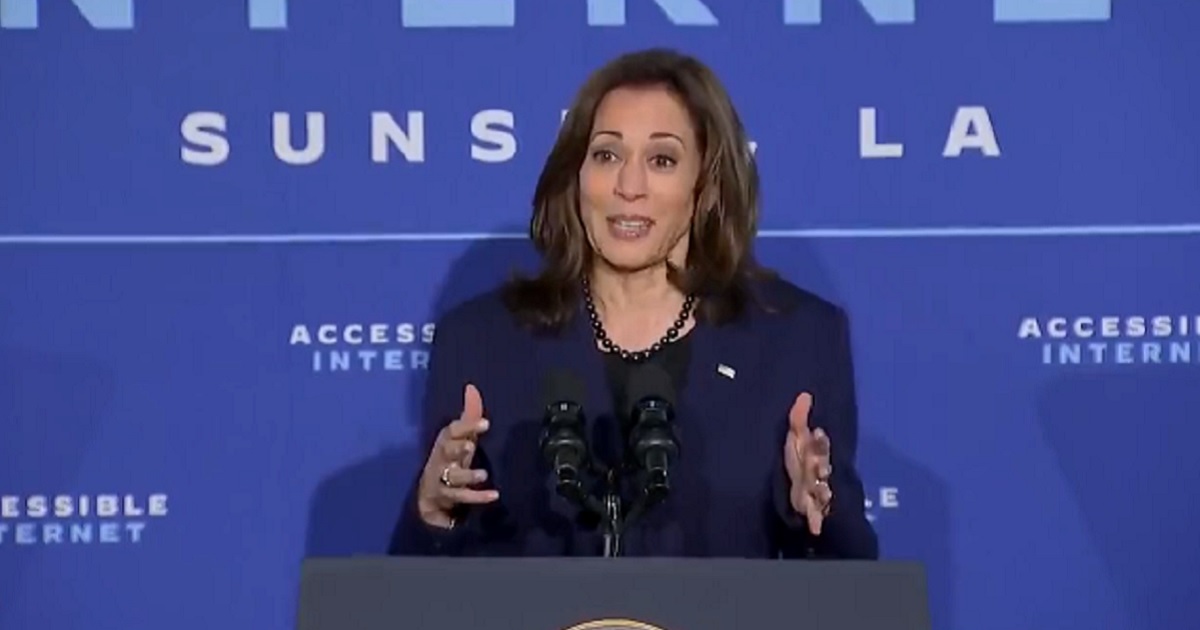 Vice President Kamala Harris should just glue a mask to her face at this point.

Sure, we’re well past the juncture in the coronavirus pandemic where masking is or should be necessary, but that’s not the point. Harris has become a symbol of the “let-’em-eat-N95s” attitude of the Biden administration.

It was on full display again last week after Harris broke Centers for Disease Control and Prevention guidelines on facial coverings for those who have been in close contact with those who have tested positive for COVID-19 — and White House press secretary Jen Psaki lied about it.

(Here at The Western Journal, we’ve been noting the White House’s masking hypocrisy since day one of the administration. We’re going to keep on doing it, if just to show America that the officials who set the rules feel no need to abide by them. You can help us expose this double-standard by subscribing.)

On Wednesday, The Hill noted, Harris’ communications director tested positive for COVID-19. CDC guidance states that those who have been exposed to others who have tested positive should “wear a well-fitting mask around others for 10 days from the date of your last close contact with someone with COVID-19.”

And, of course, Harris’ office insisted she’d be complying.

“The Vice President will follow CDC guidance for those that have been in close contact with a positive individual and will continue to consult with her physician,” Harris press secretary Kirsten Allen said in a statement, according to The Hill.

“The Vice President plans to continue with her public schedule.”

Well, at least the last part was true.

On Thursday, Harris presided over the Senate vote that confirmed Judge Ketanji Brown Jackson to the Supreme Court. Guess what she wasn’t wearing?

On Friday, Jackson was at the White House to celebrate what President Joe Biden called a “truly historic moment.”

On Thursday, White House press secretary Jen Psaki was asked whether Harris would “be required to wear a mask indoors” if there was any ceremony for Jackson. “She’ll follow CDC protocols in any of her events,” Psaki said, according to a White House transcript.

According to Fox News, a mask-less Harris hugged Jackson during the event, although that hug happened outdoors. When asked about it by Fox News’ Peter Doocy, Psaki said, “I will tell you that the vice president has been wearing a mask inside. When there was a private greet, they were all wearing masks, before they went out.”

Psaki said there was no “indoor ceremony” for Ketanji Brown Jackson yesterday and that Kamala Harris “has been wearing a mask inside.”

Want another crack at it, Jen?

“I would say that the vice president, and the president, and all of us, abide by what the CDC protocols are,” Psaki said. “It was an emotional day. It was a historic day, and there were moments when she was not wearing a mask inside, including in a photo, but she was wearing it 99.9 percent of the time.”

Yes, because the coronavirus apparently cares about whether it’s an emotional day or whether you’re wearing a mask “99.9 percent of the time.” Of course, how much are we to trust what Psaki says about how often Harris was wearing the mask when, on Friday, she avouched this very thing didn’t even happen?

PSAKI, FRIDAY: Kamala “has been wearing a mask inside.”

The only reason Psaki is explaining this, of course, is that the hypocrisy is on public view.

The operating assumption in the White House, clearly, that the American people don’t care about the masking protocols anymore — and, for the most part, they’re not wrong.

The difference is that these are people who are part of the federal behemoth that’s setting the mask protocols, yet they don’t seem to pay them much mind.

It’s not difficult to find evidence they’re breaking those protocols. And when they’re caught, they lie about it. Given all that, how on Earth are we supposed to take the CDC’s recommendations seriously?