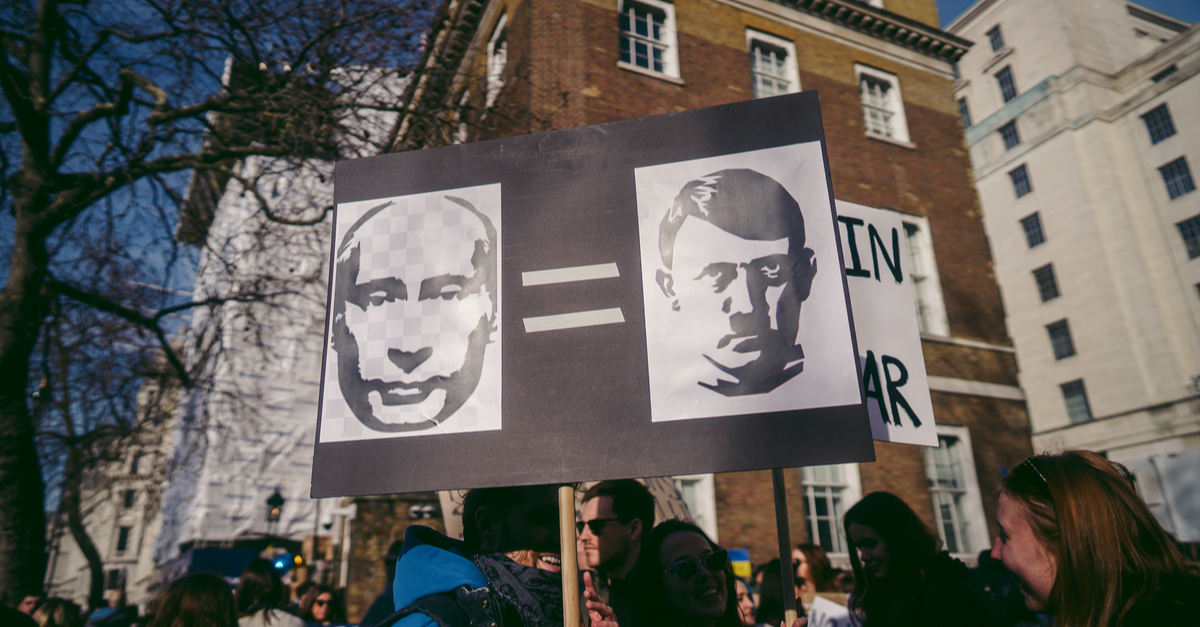 The following article, Russia Complains About Biden’s ‘Genocide’ Remark, was first published on Flag And Cross.

The best way to describe Russia’s narrative on this “special military operation” in Ukraine is belligerence.

The Kremlin is flat-out lying to the world about what’s going on, while continuing to restrict their own citizens in seeking the truth about this bloody and brutal war.

Furthermore, every time that hard, credible evidence of Russian war crimes is presented, Putin and his Moscow minions throw another pathetic and transparent excuse onto the pile.

And now that the US and others are referring to the situation in Ukraine as “genocide”, the Kremlin is growing downright agitated.

The Kremlin said on Wednesday it categorically disagreed with U.S. President Joe Biden’s description of Russia’s actions in Ukraine as “genocide”, and it accused Washington of hypocrisy.

Biden said on Tuesday that Russia’s behaviour in Ukraine amounted to genocide in his view, using that word for the first time.

“We consider this kind of effort to distort the situation unacceptable,” Kremlin spokesperson Dmitry Peskov said on a conference call with reporters. “This is hardly acceptable from a president of the United States, a country that has committed well-known crimes in recent times.”

What exactly did Biden say?

Biden told reporters on Tuesday “it has become clearer and clearer that Putin is just trying to wipe out the idea of being able to be Ukrainian and the evidence is mounting”.

This anger from Moscow seems to indicate that some desperation is beginning to creep in to the halls of the Kremlin, and not a minute too soon.