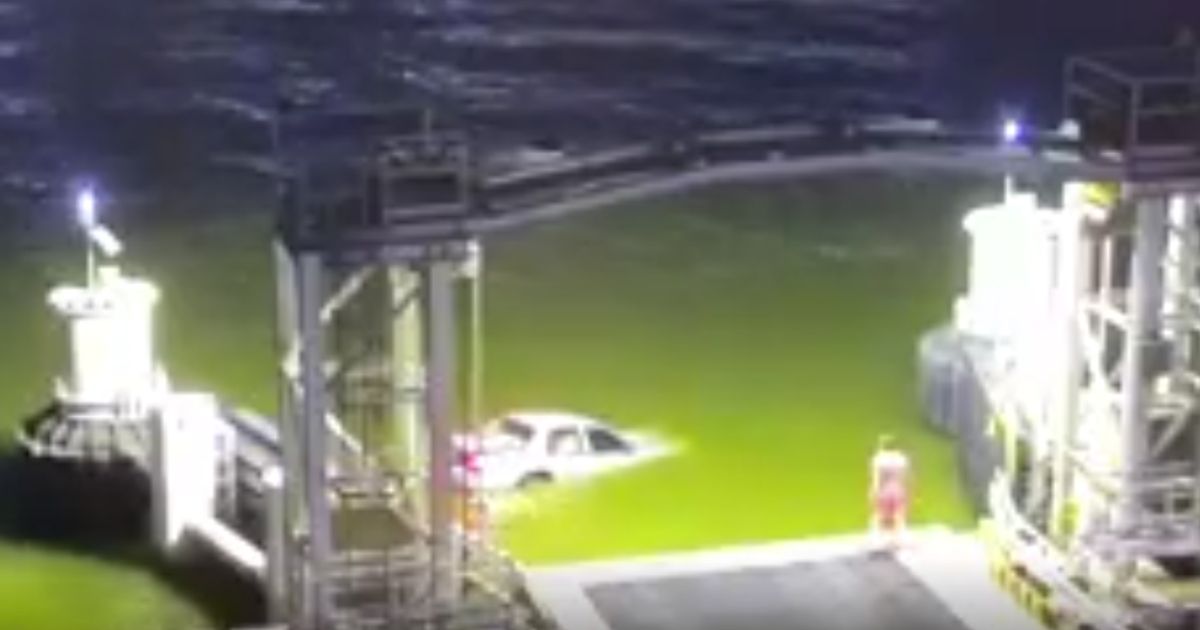 The following article, Hero Recognized by Coast Guard After Risking Life to Save Driver Who Drove Off Ferry Terminal, was first published on Flag And Cross.

Last year on New Year’s Eve, a driver at the Lynchburg Ferry Terminal in Baytown, Texas, made a grave error.

For whatever reason, the driver did not stop in time at the end of the road but rolled right over the edge while braking, sending himself and his car into the water.

Thankfully for the driver, a motorist behind him saw what happened and had the capacity to act.

Robert C. Moore of Bellaire, Texas, was with his family in the car when he saw the vehicle ahead of them roll off the edge and into the water.

A news release from the United States Coast Guard described what the good Samaritan did next.

“Moore jumped into the water to render assistance,” the release read. “Moore attempted to enter through the open trunk but was unable to access the main compartment when the car turned nearly vertical.

“As the vehicle sank, Moore pointed to the window and indicated that the driver should attempt to roll it down. The vehicle completely submerged, and the driver resurfaced.

“Moore grabbed the man, pulled him to the side of the ferry landing, then swam over to the guard rail where other citizens were waiting to help them both out of the water.”

The whole rescue was caught on camera, and the video was shared on social media to recognize Moore’s heroics.

On Friday, Moore was officially recognized for his actions by the U.S. Coast Guard Sector Houston-Galveston and presented with a Certificate of Merit.

“It is my distinct honor to present this Certificate of Merit to Mr. Moore for his brave and selfless actions which helped save a man’s life,” Captain Jason E. Smith said.

“The Coast Guard expresses its utmost gratitude for the actions of Mr. Moore and praises his attentiveness and swift response that day.”

Moore’s family was also in attendance to watch him receive the commendation.

“Receiving this award means there was success in what I needed to do,” Moore said.

“I’m relieved Mr. Simmons had the chance to come out of that dire situation, and that I was not harmed in the process, especially with my family there.”

Continue reading: Hero Recognized by Coast Guard After Risking Life to Save Driver Who Drove Off Ferry Terminal ...