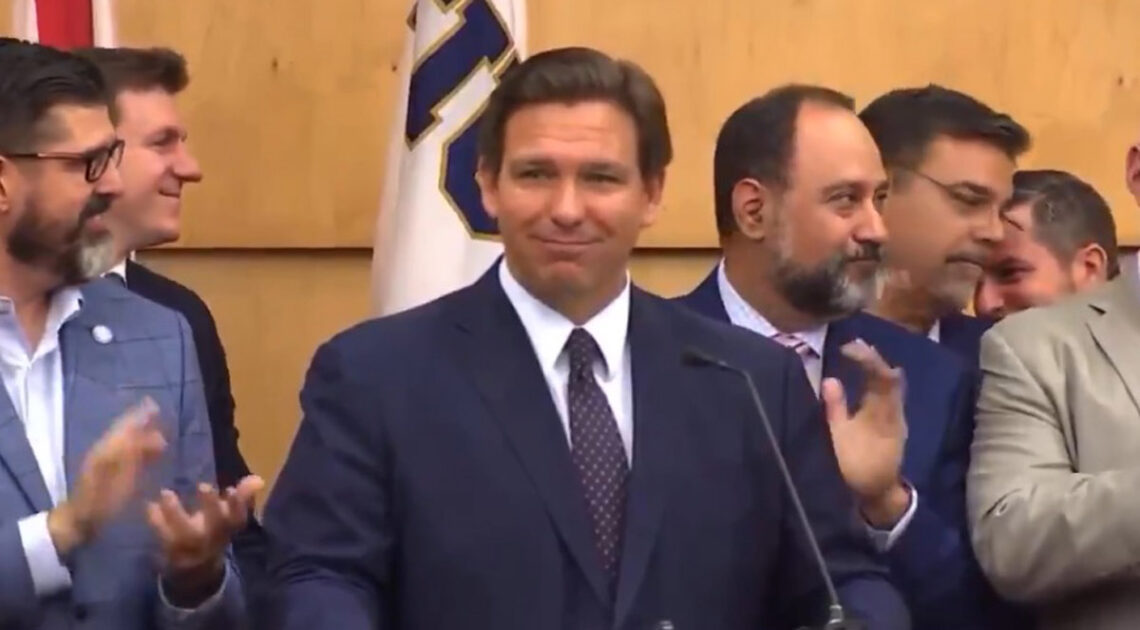 The following article, DeSantis Signs Bill to Address ‘Fatherhood Crisis,’ Teaming Up with NFL Hall of Famer Tony Dungy, was first published on Flag And Cross.

Republican Florida Gov. Ron DeSantis on Monday signed a bill to officially launch a long-term youth development program designed to increase the role men play in the lives of their children.

The “Responsible Fatherhood” bill creates a $70 million pot of money to fund programs in which community-based agencies work with men who have drifted away from their children and families to reconnect, find work and support their children financially and emotionally.

Former Tampa Bay Buccaneers head coach Tony Dungy, who now runs a project called “All Pro Dad” to help fathers become involved in the lives of their children, said fathers have a huge impact on their kids, according to WJXT-TV.

“I had a dad who was around me all the time and supported me, and I thought everyone was like that,” he said, according to WUSF. “Then I got to my job, and the National Football League started interviewing our players, and I began to understand not everyone had that same blessing that I had.”

The NFL Hall of Fame great, one of only three people to win the Super Bowl as a player and a head coach, said the funding is “such a big help,” according to WLRN-TV.

“It’s going to allow groups like ours, people like you, to do great things for our fathers here in Florida,” he said, according to WTVT.

Almost half the money will be sub-granted to agencies that can help men with children find work, deal with child support obligations and manage their transition from prison. Men will also receive parenting education to help those who grew up without positive role models learn how to be one for their children

“If you look over the last many decades, one of the worst social trends has been the decline of fatherhood. And we do have, in many instances, a fatherhood crisis in this country,” DeSantis said, according to WLRN.

“The fact of the matter is when you take kids who do not have a father present during their upbringing, the chance of them dropping out of school, getting involved in trouble with the law, having other difficulties, increases dramatically,” DeSantis, said.

House Speaker Chris Sprowls said the bill is a response to the times.

“If you look at every social study there is on this topic, whether it is suicide rates or depression or dropping out of school, everything you can think of, mass incarceration — one of the greatest common factors that unites those people is an absent father in their life,” Sprowls said.

DeSantis said putting families back together is part of his values.

“We’re putting our money where our mouth is. We’re here showing the importance of this. But you’ve got to be willing to do the right thing and be present in your child’s life. You’re not a man by leaving your kids hung out to dry. You need to be there,” DeSantis said.