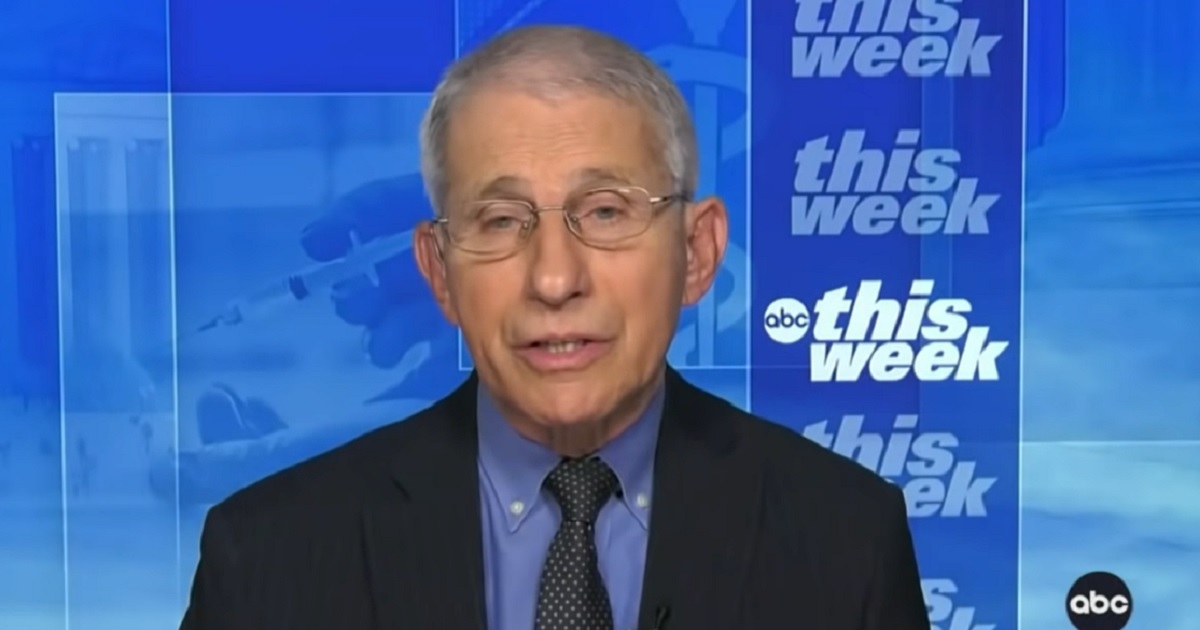 The following article, After Two Years of the Pandemic, Fauci Says Americans Should be Judging ‘Individual Risk’ of Getting COVID, was first published on Flag And Cross.

Sometimes, lost in reverie at my computer, I dream of an alternate reality where large chunks of the last two years didn’t consist of us locking ourselves in our homes for months on end in fear of COVID, hoarding toilet paper by the pallet and spraying down our DoorDash order with half a bottle of Lysol.

Imagine if, even after vaccines and other treatments were available, we didn’t keep canceling or limiting large events like weddings, funerals, Thanksgiving dinners, church services and sporting events.

Imagine if we simply took the knowledge that there was a virulent disease out there that was unlikely to kill us — although there was a low chance it would, and it might give us some nasty side effects, particularly if we had certain aggravating factors — and adjusted our lives accordingly.

In this alternate reality, Dr. Anthony Fauci — the head of the National Institute of Allergies and Infectious Diseases, who has become the most powerful unelected bureaucrat since World War II — would have come out with a simple statement, once the armageddon panic of the pandemic’s early days had passed, and said: “It’s up to the individual to determine what their level of risk [is].”

Imagine: No panic. No unnecessarily shuttered businesses, no schools continuing to limit in-person instruction for no good reason. What a beautiful world.

Instead, we’re all stuck in this reality — where Dr. Fauci only made that statement about individuals being responsible for determining their level of risk on Sunday — well over 100 weeks into those “15 days to slow the spread.” What’s more, he likely only did it because a gaggle of Democrats have tested positive for COVID after attending Washington, D.C., functions.

Fauci was on ABC News’ “This Week” on Sunday when host Jonathan Karl asked him about an outbreak of COVID at the annual D.C. Gridiron Dinner. Of the roughly 600 attendees, 67 had tested positive as of Sunday. (The number was 72 by Monday, according to NBC News.)

“Should we not be holding events like this or, to the point we just talked about, is it time to accept that we can have an event like this but there’s going to be a risk, some people will test positive, if everybody is vaccinated, you know, it won’t necessarily be that serious?” Karl asked Fauci.

Now, if this had been a comic book convention in Nowheresville, Nebraska, Fauci would likely have said it was time to shut down all comic book conventions, forever, period. We may not even get back to a place where we can read comic books in a room together, the old Fauci might have said. This is the New Normal

However, the attendees of the Gridiron Dinner are, um — well, let’s just note they have some say over the amount of power Fauci and the NIAID can exercise. (Among the positives are Attorney General Merrick Garland, Commerce Secretary Gina Raimondo, Agriculture Secretary Tom Vilsack, Democrat Reps. Joaquin Castro of Texas and Adam Schiff of California and GOP Sen. Susan Collins of Maine, according to NBC News.)

So, Dr. Doom took a different tack: “It’s going to be a person’s decision about the individual risk they’re going to take,” Fauci said.

“I think the people who run functions, who run big dinners, who run functions like the White House Correspondents’ ball, or, thinking back, the Gridiron Dinner, are going to have to make a determination, looking at the CDC guidelines and seeing where the trends are. I mean, there are some places you go, not only is it required that you show proof of vaccination, but you have to have a negative test the day you go to a particular place.”

Now, granted, there was still plenty of Dr. Doom to go around: “We don’t want to pooh-pooh getting infected,” Fauci said. “I think people sometimes say, well, it’s OK to get infected.” He added that “there are things like long COVID and there are sometimes people even though they don’t require hospitalization, Jon, they get significantly ill.”

However, these events and the people who are attending them should judge individual risk for themselves. Imagine that!

Not that he was entirely consistent, either. Before he defended the ability of the Gridiron Dinner attendees to judge their own risk, he noted that, due to new COVID variants, “we may need to revert back to being more careful and having more utilizations of masks indoors.”

Still, he couched even this in the language of personal responsibility: “So you’re going to make a question and an answer for yourself, for me as an individual, for you as an individual. What is my age? What is my status? Do I have people at home who are vulnerable that if I bring the virus home there may be a problem?” Fauci said.

Welcome words, if not entirely convincing, considering the source.

The reason those words ring so hollow is that all of the caveats Fauci laid out were true even before vaccines were developed. The risk of serious illness or death from the coronavirus has always, overwhelmingly, been among the elderly and those with medical complications, but that didn’t stop Fauci and mainly Democratic politicians and their teachers union allies from basically shutting down society over it.

Fauci has made it his job for the past two years to decide what your individual risk is, erring on the side of extreme — one might say paranoid — caution, and helping ensure you are both legally and socially enjoined from doing anything riskier.

From the beginning, there were other countries that, instead of imposing layer upon layer of restrictions and lockdowns, informed their citizenry and then allowed them to “determine what their level of risk” was. Sweden and Taiwan spring to mind — and neither has seen their country overrun or overwhelmed by the virus.

Now, this isn’t to say that we should just have gone about life as normal in March of 2020. However, once we knew what we were dealing with, what the risks were and whether we were vulnerable, we were in a position to choose our level of risk and do so responsibly. As vaccines and treatments became available, it became even easier.

Instead, our public health bureaucrats decided they were going to be the ones who chose our level of risk for us. And they chose poorly. If these were the people in charge of highway safety, we would all be driving bubble-wrapped Volvos at 20 mph. And leading the charge was Dr. Fauci, whose diktats and suggestions would have been comical if they didn’t carry so much weight.

Fauci has said that handshakes need to go away. Masks on planes, he’s implied, might never be going away, either. And if a face mask wasn’t enough, Fauci once suggested we start wearing goggles and face shields to prevent COVID transmission. (Don’t know if there were many of those to be spotted at the Gridiron Dinner.) And last August, he told Americans it was time to “put aside” our notions of freedom and liberty in order to fight the virus.

Now, Fauci is preaching the gospel of assessing individual risk, and it’s not difficult to realize the reasoning behind the sudden conversion. As we enter the endemic phase of the pandemic and acknowledge — as we ought to have at the beginning — that there was no way to “defeat” COVID-19 in the same way we’ve eradicated smallpox or polio, lockdown hawks are out of fashion and Fauci, the patron saint of the mask-scold, is very much out of fashion.

As the Democrats try to get voters to forget, during a midterm election year, that they elevated this man to COVID czar, Fauci has been put into cold storage. If and when he makes a rare appearance, his rhetoric isn’t as dire and his suggestions aren’t as outlandish or burdensome.

In my alternate reality, this would have happened immediately after vaccines became readily available. Alas, no such luck. And what’s worse, if the Democrats somehow escape a much-anticipated shellacking this November, the old Fauci — the one who wants us to “put aside” that pesky freedom and decide for us what individual risk constitutes — will reappear with astonishing speed.

Continue reading: After Two Years of the Pandemic, Fauci Says Americans Should be Judging ‘Individual Risk’ of Getting COVID ...