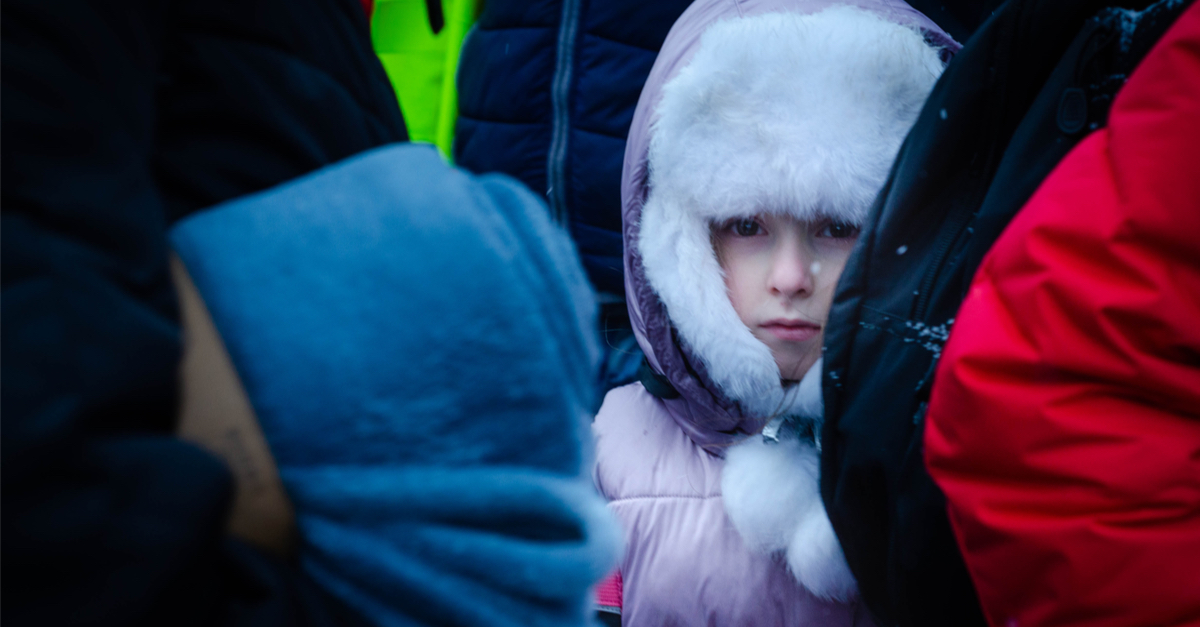 Over the course of the last several weeks, the worlds’ collective stomach has been turned upside down on daily with stories of Russian atrocities in Ukraine, many of which are beyond even the sickest reaches of Nazi Germany’s brutal crimes against humanity.

We’ve seen innocents gunned down in the bread line.  We’ve watched bombs fall on shelters labeled “children” in letters so large you could see it from space.  We’ve seen subsequent munitions come in with “for the children” written on them.

We’ve seen rapes, torture, and immolation.  And now, in perhaps one of the most stunning revelations yet, it appears as though Russian troops have abducted tens of thousands of Ukrainian children.

Ukraine’s United Nations ambassador shocked many today when he told members of the United Nations Security Council that Russia had abducted 121,000 Ukrainian children from his country since the start of its bloody invasion. The council met to hear of the impact of the Russian war against Ukraine on women and children.

Worse still: Russian lawmakers were looking to legalize the move.

Sergiy Kyslytsya, Permanent Representative of Ukraine told council members that most of the children that he said were abducted by the Russians, were orphans and not those with parents and other relatives. He said the abductions were in flagrant violation of international law and conventions. He also claimed that Russia was reportedly drafting a bill that would “simplify and accelerate the procedures for the adoption of abducted Ukrainian children…”

A great many world leaders have now shifted to describing Russia’s actions in Ukraine as “war crimes”, including US President Joe Biden, but there is no telling just how or when such a tribunal could take place.