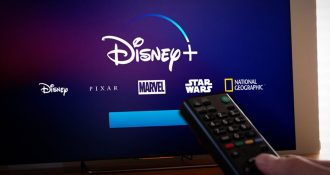 A new poll finds that Disney has taken a huge hit among the American people on trust.

Disney has built its nearly 100-year-old reputation on being the entertainment source that parents could trust for their smallest of children. But that reputation is no more as the company moves to aide groomers who would rather see America’s children as playthings for rapists and pedophiles.

The fall from grace was clearly seen on the I&I/TIPP poll for April which asked 1,305 adults across the country, “As a result of the recent stories, how much trust would you place in Disney’s programming for your children, assuming you have any?”

There, 54% of Americans said they trusted Disney’s programming, versus those who said they didn’t. A look at the detail of the responses is telling: Just 31% of those queried answered that they had “a lot of trust” in the Disney entertainment factory. And 23% said they had “quite a bit.”

Meanwhile, 21% said they had “little trust,” and 20% said they had “no trust at all.” That’s four of every 10 Americans, a dismal result for such a once-beloved corporation.

The split was clear along party lines, of course.

Democrats overwhelmingly trust Disney’s programming — by a 77% to 19% margin. For Republicans, it’s nearly the reverse, only 23% now trust Disney programming, compared with 70% who don’t. Most telling, however, is the fact that independents no longer trust the Mouse: 42% say they trust Disney’s designs on their children, while 52% say they don’t.

These numbers will continue to get worse, though, as the news filters out to the low information voters who typically take years to grasp the news.

The more people see Disney as groomer for pedophiles and haters of the family unit, the lower thier popularity ratings will go.