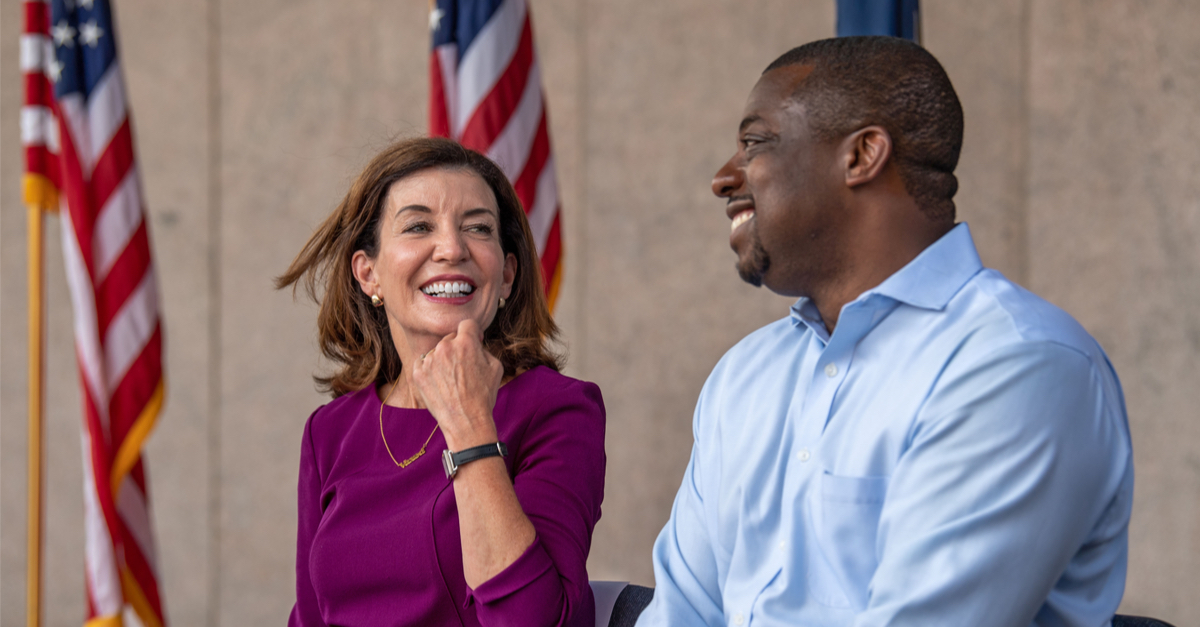 Things appear to be continuing to go awry in the high offices of the Empire State, as yet another scandal rains down upon the Governor’s office.

For months upon months, the nation was inundated with stories about Andrew Cuomo, the now-disgraced ex-governor of New York who was involved not only in a PR scandal with his CNN-anchor brother Chris, but who also stands credibly accused of sexually assaulting or harassing nearly a dozen women.

New York Lieutenant Gov. Brian Benjamin was indicted for alleged bribery and other offenses, as part of what federal prosecutors say was a “scheme” to get campaign contributions in exchange for a $50,000 state grant.

The indictment also alleges that Benjamin and others worked to “cover up” the plot, engaging “in a series of lies and deception.”

Benjamin directly used his office to enhance his crimes.

According to the indictment, from 2019 through 2021, Benjamin carried out the scheme while he was a state senator and a candidate for state comptroller. During that time, Benjamin allegedly solicited campaign donations from and to be raised by a real estate developer, win exchange for appropriating state funds for the developer’s non-profit organization.

Should the Lt. Governor be convicted, he faces up to 20 years in prison.

C’mon man! Whats wrong with wielding power when you have the power? Remember vote Democrat for more of the same.