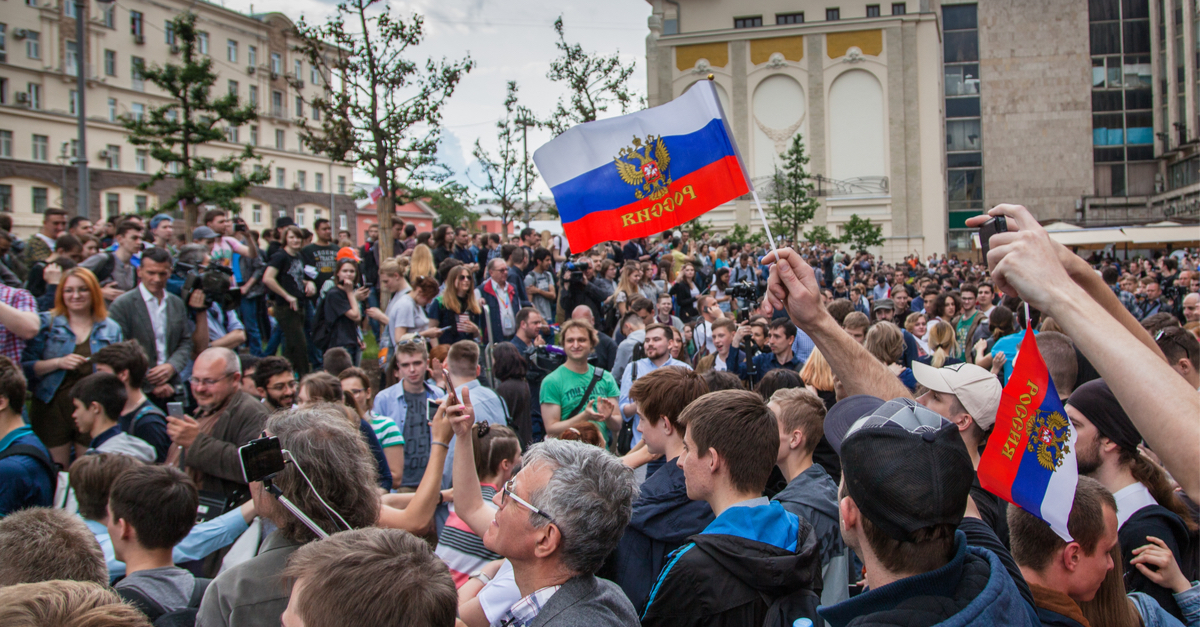 The following article, Russian Citizens Turn on One Another as Ukraine Invasion Drags On, was first published on Flag And Cross.

The stark differences between the Russia and the rest of the world are on full display in early 2022, as the Kremlin’s invasion of Ukraine exposes some of the dirtier, darker secrets of the Putin regime.

For decades, Russian citizens have lived under a thinly-veiled tyranny, with Vladimir Putin having spent an inordinate amount of time and energy shutting his people out of the world’s media.  This, of course, is a move designed to keep his own people from learning about he and his military’s behavior on the world’s stage.

But with protests erupting in Moscow, St. Petersburg, and beyond, it is becoming more and more difficult for Russians to keep their heads buried in the sand, and the dichotomy of understanding regarding Ukraine has brought with it a damning new reality.

Russians have begun to report each other for being critical of the war, encouraged by leaders, as the government rekindles the fear of the Soviet era. Teachers are being reported by students and parents, and neighbors are informing on each other, the New York Times reports. “It’s as though they’ve all plunged into some kind of madness,” said Marina Dubrova, a teacher fired for telling her class Ukraine is a sovereign nation.

Putin set the tone last month when he praised his people’s ability to separate “patriots from scum and traitors.” In one region, people have received texts from officials asking them to send email addresses and phone numbers of “provocateurs and scammers” hurting the Ukraine mission, per the Washington Post.

And it gets even more worrisome:

“After a rather significant period of freedom … fear has returned to Russian society,” said Nikita Petrov, a historian at the human rights group Memorial that was outlawed by a court in December. Dubrova’s offense was showing her eighth-grade students a YouTube video showing children singing about a “world without war” in Russian and Ukrainian. One of the students apparently recorded the classroom discussion; police came to the school. A judge fined her $400, she said, and the school dismissed her for “amoral behavior.” The member of Parliament behind the informant website, said, “We don’t want anyone to be shot, and we don’t even want people to go to prison.” But he also said, “I am absolutely sure that a cleansing will begin.”

The news comes after thousands of Russians have been arrested for protesting against the illegal and unholy invasion of Ukraine, and after nearly half of a million Ukrainian citizens have been relocated through “filtration camps” into Russian territory.

Continue reading: Russian Citizens Turn on One Another as Ukraine Invasion Drags On ...