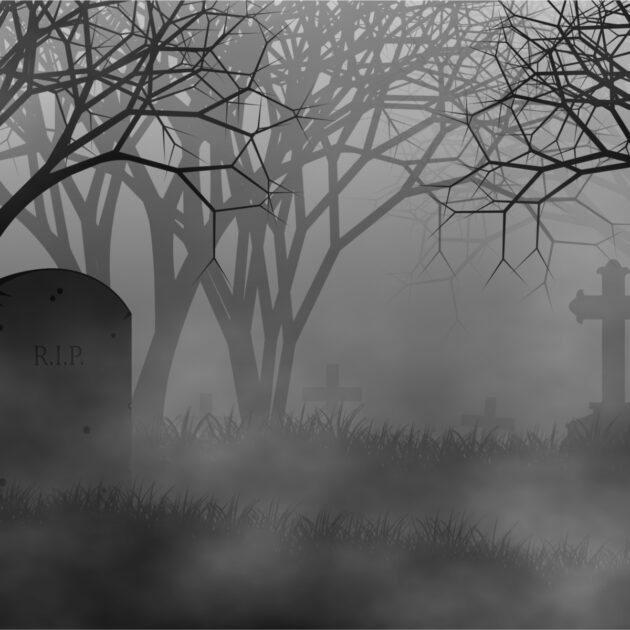 Sure, you may have had “Russia invades Ukraine” or even “Will Smith slaps someone on-stage at the Oscars” on your yearly bingo card. But did you have “Vanessa Hudgens claims to be a necromancer who’s in touch with spirits from beyond the grave” on there? That’s what we thought.

In more evidence that we inhabit the strangest possible timeline and that Hollywood has played no small role in getting us there, Hudgens — best known for her roles in “Spring Breakers” and Disney’s “High School Musical” — announced this week during an appearance on Kelly Clarkson’s syndicated TV show that she has the “gift” to see, hear and speak to ghosts.

The establishment media have greeted this as a fun little curiosity. It’s worth noting that here at The Western Journal, we believe in the word of God, which is explicit on this: “anyone who practices divination or tells fortunes or interprets omens, or a sorcerer or a charmer or a medium or a necromancer or one who inquires of the dead, for whoever does these things is an abomination to the Lord.”

We, of course, pray for Hudgens and for all who have been led astray — but we won’t sugar-coat the truth. If you support our mission, consider subscribing.

During her appearance on “The Kelly Clarkson Show,” the 33-year-old Hudgens said she’s had “a lot” of experiences with supernatural beings throughout her life.

The conversation came about when Clarkson asked Hudgens whether she had a “new passion” for the supernatural.

“It’s not a new passion,” Hudgens responded, saying this is something she’d been exploring her entire life.

“Like, I remember getting ready for school when I was 8 years old, and there was … You know those ducks [toys] that you pull [with a string]? There was one of those on the dining room table, and I started walking, and it just started going alongside me,” said Hudgens.

“I kind of shut it down for a while because it’s scary,” Hudgens added.

“The unknown is scary. But recently I was like, ‘No, this is a gift and something that I have the ability to do, so I’m going to lean into it.'”

Her definition of leaning into it may not be yours.

“What equipment? Like a Flux Capacitor?” asked Clarkson, admirably dubious.

“There’s a lot,” Hudgens said. “There’s so much on the market genuinely … But like, my favorite thing is called a spirit box. And it basically scans radio frequencies really quickly. You wanna do it in like, more of a rural place, so it doesn’t pick up stations.”

However, if you tune it just correctly, there’s “something about the electricity that it creates, allows spirits to speak through it.”

“So I was sitting at a tombstone in a graveyard with my best friend,” Hudgens said.

“Because that’s what we do. That’s worth it,” said Clarkson, again commendably tart.

“And we found this one tombstone of a spirit that we were told was very playful. So, I turned it on, and I’m like, ‘Hi, Sam. I’m Vanessa,’” she said.

They had a conversation that wasn’t .. um .. deep. Hudgens asked, “Do you have anything else that you wanna tell me? And I just hear, ‘No.’

There are a multitude of cynical reasons one could give for the anecdote. For instance, Shirley MacLaine’s career was much further up the gentle slope of declining fame when she attempted to arrest the slide downhill with stories of her alleged past lives.

However, taking this at face value, we should be worried — and not just for Hudgens, although much of our concern should clearly be with her.

Yes, the “High School Musical” star is hardly the only person who believes they can commune with the dead and who has employed an array of dubious sub-Scientology electronic equipment to detect apparitions and phantasms. Most of these individuals could benefit from some kind of psychological intervention — pharmacological or otherwise. Even on the off-chance this is just a harmless hobby to them, it’s still a warning sign that their grasp on reality is tenuous at best.

And yet, look at the coverage this has garnered, which should be the most concerning thing. Outlets aren’t necessarily concerned about the fact Hudgens is going into graveyards with radio equipment. They aren’t just treating it as if it were some kind of personality quirk. The tone was mostly approval.

Hudgens herself was giggling, and why shouldn’t she have been? We’ve normalized this kind of thing to the point where necromancy is practically empowering.

The Bible frequently and thoroughly warns against this kind of soothsaying: “Do not turn to mediums or necromancers; do not seek them out, and so make yourselves unclean by them: I am the Lord your God,” Leviticus 19:31 reads.

Of course, that doesn’t hold much truck nowadays, which is why we have people giggling about this on national TV. Meanwhile, if one of them had brought up the precepts of the Bible, the room would have become ghastly silent and not a giggle would have been heard.

It’s not just Hudgens who needs help, in other words. It’s our whole society.