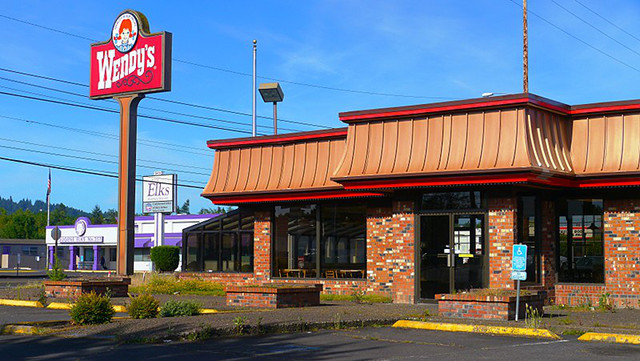 The following article, Chicago Cop Stops for Quick Bite to Eat, But Police Say There Was Something Filthy Hidden in Her Burger, was first published on Flag And Cross.

As if things aren’t hard enough being a Chicago police officer, now they might need food tasters whenever they stop for a bite to eat.

That’s at least the takeaway from an alleged incident at a Wendy’s in the Windy City; according to the Chicago Sun-Times, an officer reported being served hair and dirt with her meal when she ordered at the drive-thru.

(Here at The Western Journal, we’ve covered how the “defund the police” movement has led to an increase in police abuse across the country — and why it’ll mean lower morale, lower recruitment numbers and higher crime. We’ll keep bringing America the truth. You can help us by subscribing.)

On March 22, the Sun-Times reported that an on-duty officer had ordered at roughly 1:30 a.m. at a restaurant on West Division Street.

Once she started eating, she noticed the hair and dirt in the meal, police said.

However, when she entered the restaurant, she said that employees dismissed her concerns.

The officer didn’t request medical attention when offered. The Chicago Police Department said they were investigating.

Charges have yet to be filed.

According to a spokesperson for Wendy’s, they were in touch with the CPD. WGN-TV reported the chain was also conducting its own internal investigation.

“The quality and integrity of our food is our number one priority and we take any food-related claims extremely seriously,” a statement from the company read. “We have great respect for law enforcement and their service to our communities.”

Yes, but it’s not as if the city of Chicago does.

Chicago is a city where crime has long been a serious concern, even during the halcyon, pre-defund days. Not that anyone had bothered to get tough on crime, though.

Chicago Mayor Lori Lightfoot has also had a contentious relationship with the police department, one which arguably reached its nadir when she couldn’t remember the correct name of a slain officer last summer.

Not that being served adulterated food is anywhere near the biggest problem Chicago police face. Earlier in March, two officers were shot in what officials called an “ambush” attack inside a restaurant.

However, it says a lot about a city’s culture when this is the kind of obloquy officers have to put up with. As for putting disgusting items inside an officer’s food, keep in mind there’s sadly a precedent for this kind of thing.

In 2019, Tatyana Hargrove of Bakersfield, California, was arrested after she allegedly tampered with food ordered by a police officer.

According to KERO-TV, Hargrove had previously accused police of using excessive force.

This is what you reap when you sow the seeds of anti-police sentiment. If you call the police “pigs,” why wouldn’t people get the idea they can feed them slop? It’s just a report — but sadly, it’s a report that’s all-too-credible in the America of 2022.

Continue reading: Chicago Cop Stops for Quick Bite to Eat, But Police Say There Was Something Filthy Hidden in Her Burger ...