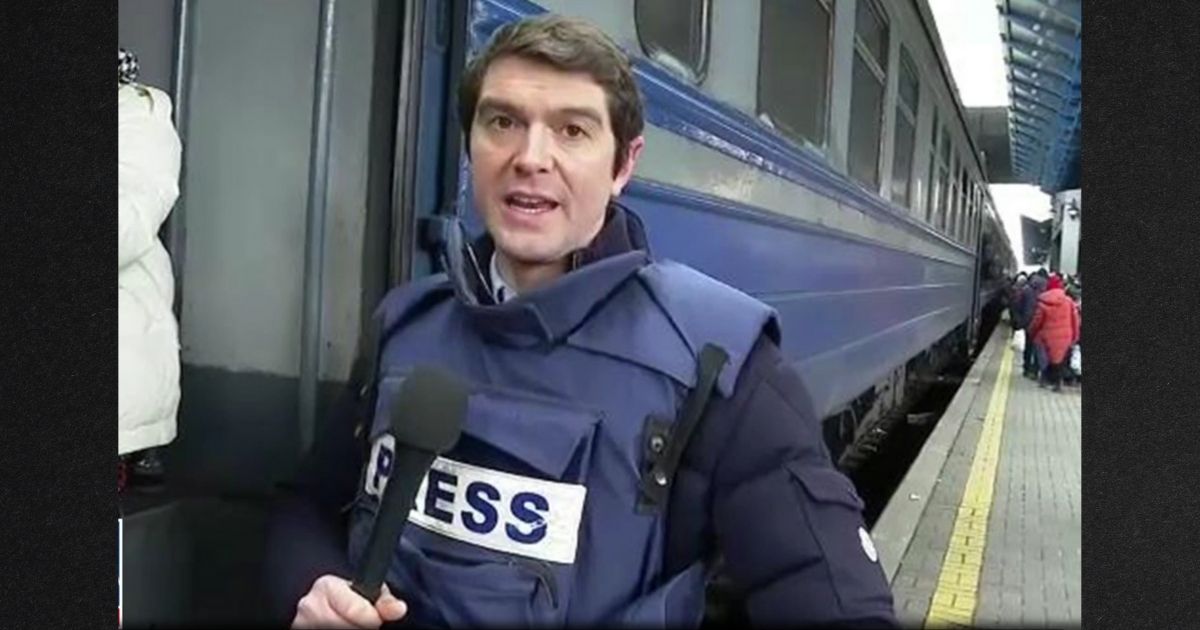 During the first three weeks of the war in Ukraine, Fox News reporter Benjamin Hall provided viewers with regular updates from the frontlines of the hostilities. On March 14, Hall was traveling in a car in Horenka, Ukraine, outside the capital city of Kyiv, with Fox cameraman Pierre Zakrzewski and his Ukrainian producer, journalist Oleksandra “Sasha” Kuvshynova, when their vehicle came under fire from Russian troops.

Zakrzewski, 55, and Kuvshynova, 24, died from their injuries. Hall, seriously wounded, was evacuated from Ukraine and flown to a Texas hospital, according to The New York Post.

Very little was reported about Hall’s condition other than that he’d been evacuated and that he was safe.

In a now-deleted tweet posted on Thursday evening, Hall provided an update. He wrote: “To sum it up, I’ve lost half a leg on one side and a foot on the other. One hand is being put together, one eye is no longer working, and my hearing is pretty blown … but all in all I feel pretty damn lucky to be here — and it is the people who got me here who are amazing!”

In the photo that accompanied the tweet, Hall is shown smiling from his hospital bed. A patch covers his left eye.

These are devastating injuries, and his life will radically change in many ways because of them. But he is blessed to be alive.

In an earlier tweet, Hall paid tribute to Zakrzewski, who had been a close friend, and Kuvshynova. He wrote: “It’s been over three weeks since the attack in Ukraine and I wanted to start sharing it all. But first I need to pay tribute to my colleagues Pierre and Sasha who didn’t make it that day. Pierre and I traveled the world together, working was his joy and his joy was infectious. RIP.”

The Daily Mail reports that Hall, 39, has been married to Alicia Meller, an Australian fashion businesswoman, for almost seven years and the couple has three daughters. The family lives in Washington, D.C.

Hall, a dual citizen of Britain and the U.S., has worked for Fox News since 2015.

According to The Mail, he has previously “worked for the BBC, ITN and Channel 4 and written for The Times, The Sunday Times, The New York Times and Agence France Presse.”

Newsweek reports there has been an outpouring of support from media figures across many networks, including CNN, BBC and The Washington Post following Hall’s now-deleted tweet.

With gratitude for the life that is @BenjaminHallFNC – what a human he is.