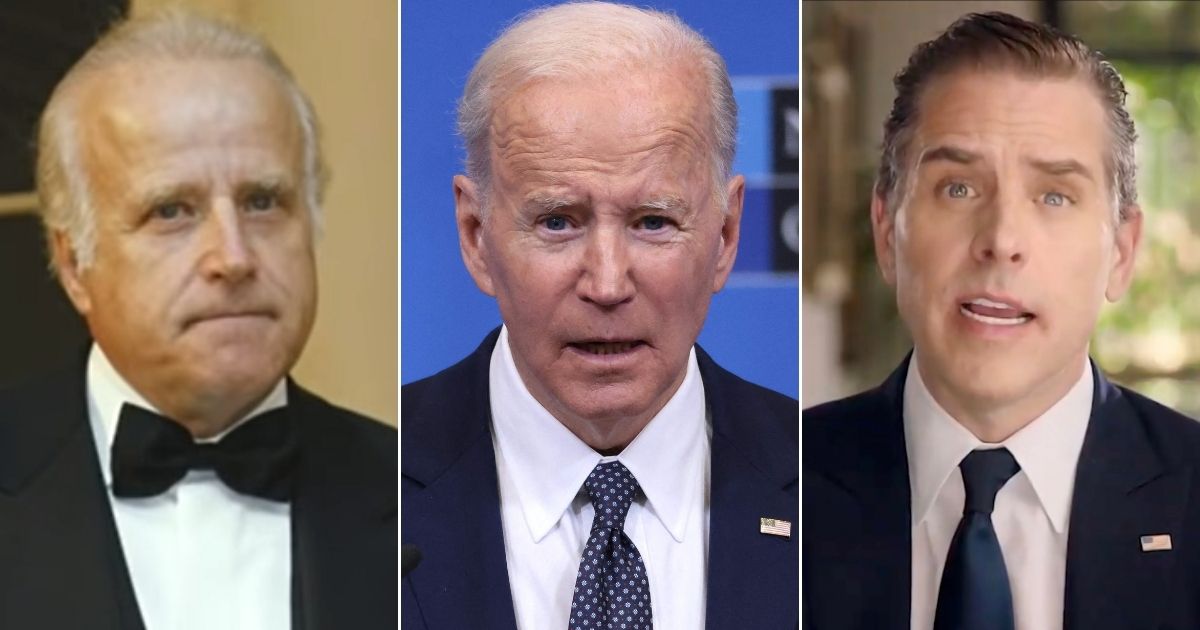 CBS News reported that more than 150 financial transactions involving either President Joe Biden’s son or his brother were “flagged as concerning” by U.S. banks.

The report Wednesday noted that simply because a transaction was flagged does not mean it was improper or illegal, only that it was reviewed. CBS News reported that it did not know the outcome of the review of any of the transactions.

CBS News senior investigative correspondent Catherine Herridge said one reason transactions are reviewed is to determine whether there has been an effort to hide the source of the transactions.

She said the amounts of various transactions and their frequency can also make a bank want to ask questions of the account holder to determine what is going on.

“I think James Biden was very much a part of this,” Grassley said.

James Biden’s company, the Lion Hall Group, received money from what the report said was a Chinese-financed group in 2018.

Grassley noted that monthly retainer fees from a Chinese group amounted to $100,000 for Hunter Biden and $65,000 for James Biden, according to CBS News.

“So, what this tells us is that Hunter Biden and James Biden linked up with companies connected to the communist regime to assist them with finding projects for global and domestic infrastructure and energy,” the senator said in prepared remarks when he presented his findings last week.

“We have people with the Biden name dealing with Chinese business people that have a relationship to the Communist Party,” he said. “I think it’s very concerning.”

Grassley agreed with a comment from Herridge that the records he has been reviewing have “come directly from the banks,” with “no third party” involved.

CBS News noted that a federal subpoena sought bank records from Hunter Biden and James Biden going back to 2014.

“I think Hunter and James Biden should not have entered into those relationships,” Robert Weissman, president of the advocacy group Public Citizen, said.

“In the best case, those things look really bad. In the worst case, the consequences can be quite serious,” he said.

“To the extent those occurred while Joe Biden was the vice president, there’s a worry that they hope to get something direct from the Obama administration,” he said,

Weissman said concerns do not end when Joe Biden was no longer vice president because there was concern over “investing in these family members to get future benefits in the possibility … that Joe Biden would become president later on.”

.@ChuckGrassley: “Not only have Senator Johnson and I illustrated through new records that Hunter Biden was financially connected to the communist regime, these records show James Biden was, too.” pic.twitter.com/la4DoC8mhz

Grassley said new records show that Hunter Biden and an executive of a Chinese firm applied jointly for a $99,000 line of credit in 2017.

“These records we got are the first records that have ever been made public on this issue. Nobody else has them,” the senator said.

“These years of records show that Hunter Biden and James Biden were more connected to the communist regime’s elements than had been previously known,” he said in his remarks last week.