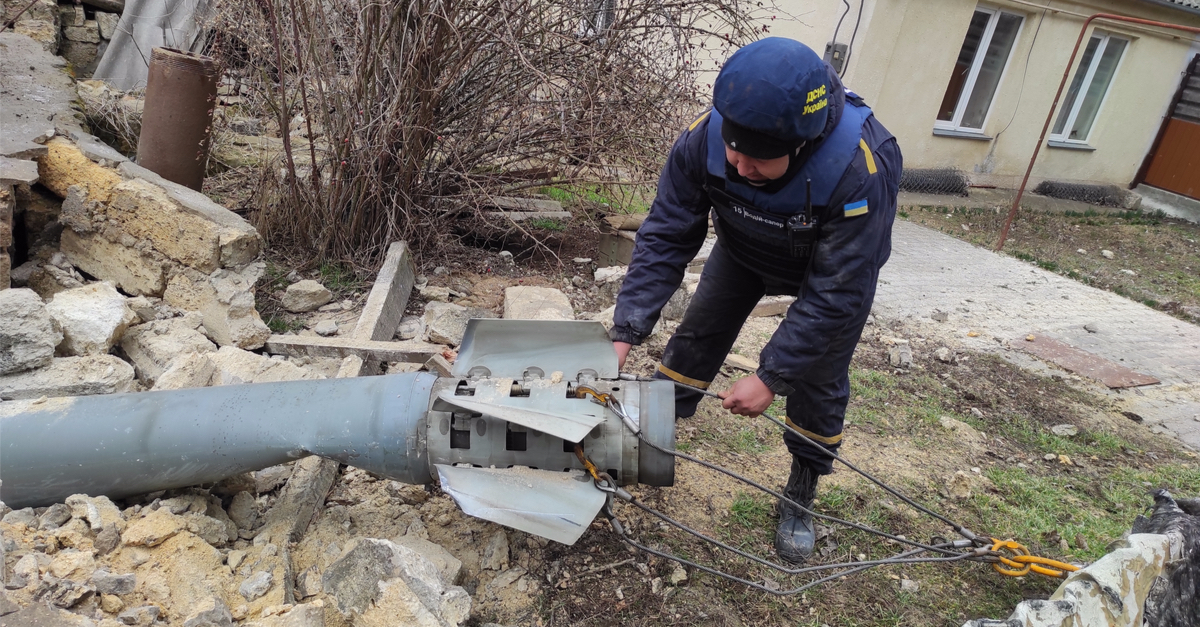 The following article, Russian Train Station Missile Had ‘For The Children’ Written on it, was first published on Flag And Cross.

There are no shortage of atrocities to go around in Ukraine right now, as Russian troops continue to break the rules of war with aplomb.  They’re bombing maternity hospitals and evacuee shelters, one of which was clearly marked “children” in Russian so well that it could be seen from space.

Now, the ungodly Russian thugs are making light of the story, writing “for the children” on a missile that killed dozens at a train station filled with fleeing Ukrainian innocents.

AT LEAST 50 people have been killed and more than 100 injured after a Russian missile with “for the children” scrawled on the side blitzed a Ukrainian train station.

Horror pictures show bodies strewn across the ground beside abandoned luggage at Kramatorsk railway station in eastern Ukraine amid reports the site has been blasted by Russian troops.

The attack had a heavy toll.

At least 50 people were killed and over 100 were wounded, it’s reported, as shocking footage shows smoke billowing from the scene.

About 4,000 people, most of them elderly, women and children, were at the railway station when it was struck, Mayor Oleksander Honcharenko said.

Pictures showed a huge missile with Russian writing scrawled on the side that translates to ‘the children’.

The US and other nations have called for Vladimir Putin to be tried for war crimes after the Bucha Massacre was discovered just days ago, and there is little doubt that these new reports will factor heavily in the decision of any international court that takes up the case.

Continue reading: Russian Train Station Missile Had ‘For The Children’ Written on it ...