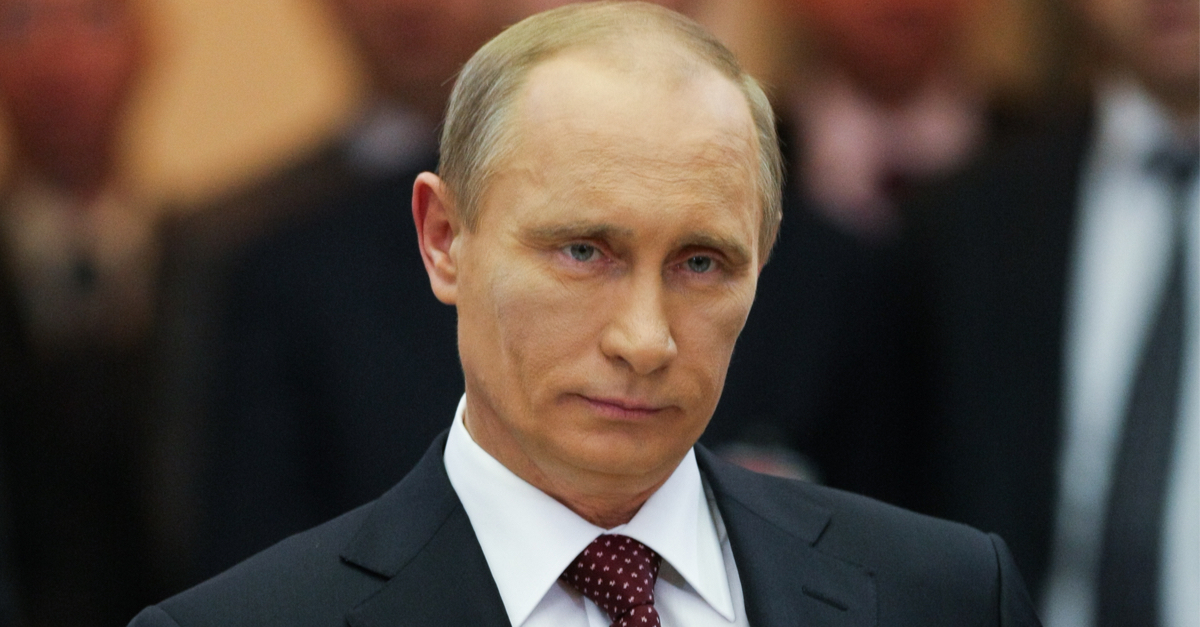 The following article, Putin Puts West on Notice with Nuclear Football Funeral Stunt, was first published on Flag And Cross.

There have been far too many allusions to nuclear annihilation lately, thanks almost exclusively to Vladimir Putin’s un-winnable war in Ukraine, and the way in which it exposed the fallacy of the mighty Russian military.

And so, with the same gusto that a 5th grade bully might threaten to call his older brother to help pummel you, Putin has been waving his nuclear arsenal around, at least figuratively.  For now.

This week’s nuclear threat comes to us from a political funeral, of all places, and was meant to imply to the west that Putin could press that button whenever he needs to.

The Russian president arrived at Christ the Saviour Cathedral in Moscow, to pay his respects to firebrand ultra-nationalist Vladimir Zhirinovsky.

The news marked a stark shift in the realities that lay before us.

The visible presence of a top military officer carrying the launch apparatus for the Kremlin’s strategic missiles is thought to be a chilling sign that warmongering Putin could deploy devastating nuclear weapons.

The images come seven weeks after the leader put his nuke weapons on alert after lashing out at the NATO alliance over what he claimed were ‘aggressive’ sanctions.

Paranoia aside, Putin’s attitude seems to have turned fatalist in recent weeks, with no regard being given for the impacts his actions have had on the world at large, or even for the Russian people.  We have to hope that Putin isn’t looking for that sort of infamy on his way out the door.