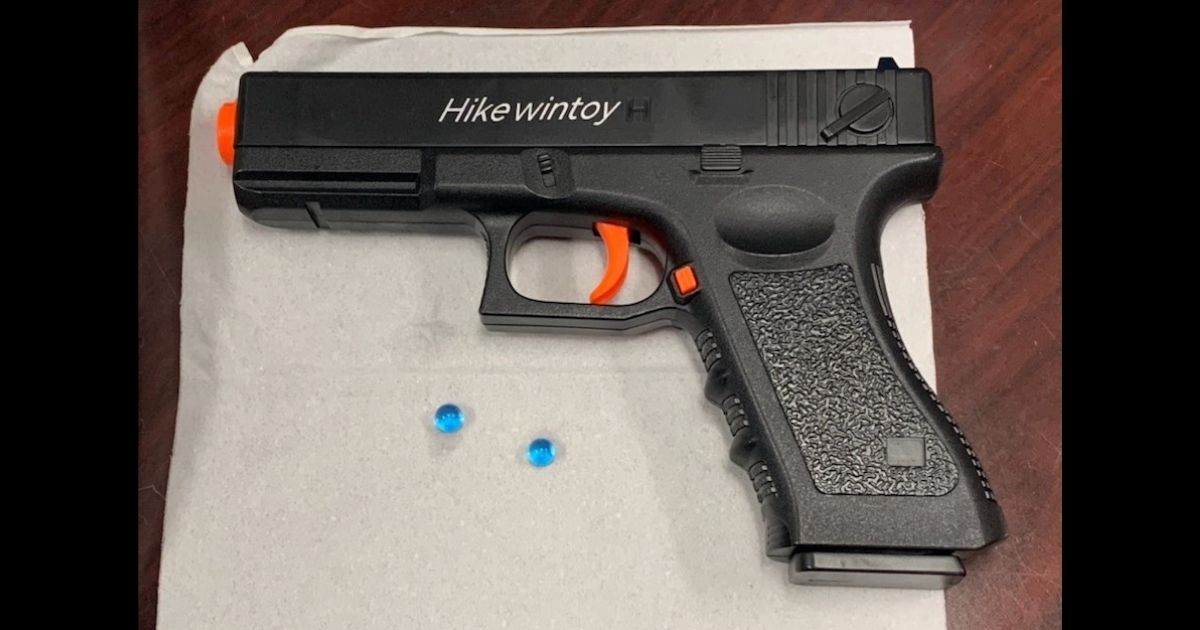 The following article, Police Warn Parents About Stupid New Challenge That Could Get Kids Arrested, Shot or Killed, was first published on Flag And Cross.

It always seems to be heavily dependent on risk and nuisance, and less on good-natured fun.

A current groan-worthy fad called the “Orbeez Challenge” has police departments posting notices about just how dangerous it can be.

They can be a fun toy — or, as some enterprising person realized, they can be used as ammunition in certain air-powered and gel pellet guns.

Of course, fired in a safe manner at an appropriate target, such a pastime can be innocent fun. But that’s not why this challenge has become an issue.

“There is a dangerous social media trend called the ‘Orbeez Challenge’ that encourages shooting strangers with ‘Orbeez’ water beads,” the Ocala Police Department in Florida recently shared on Facebook.

“These beads can cause serious injury when fired from an air-powered gun. In many instances, these air guns are painted to resemble real functioning firearms.

“Recently, we’ve responded to several incidents where people were shot by these types of air guns. We encourage parents to discuss the dangers of this type of activity with their children.”

The Orange County Sheriff’s Office in Florida also posted about the challenge, warning that it could result in actual guns being fired and threatening arrest for those found participating.

“It is NEVER OKAY to shoot anyone with anything,” its post began. “If you have these gel-bead guns and terrorize unsuspecting people with the ‘Orbeez Challenge’ that’s been circulating nationwide on social media, we will arrest you.

“This is not just a prank. It is a crime. Not only can these projectiles cause serious injuries, opening fire on someone puts your life at risk.

“It would only take a moment of panic for someone to fire back — with real bullets.”

People in the comments confirmed that they’d been the victims of such challenges and had been hit with gel bead projectiles.

WTXF-TV in Philadelphia reported that people in Pennsylvania and Florida have been injured as a result of this challenge. Several teens in Radnor, Pennsylvania, were charged with “possessing instruments of a crime, disorderly conduct, harassment and reckless endangerment,” while two others in Georgia have been charged with “aggravated assault.”

According to NPR, Orbeez manufacturer Spin Master is making it very clear that firing the beads at unsuspecting passers-by is not their intended purpose.

“Children’s product safety is paramount at Spin Master, and we are committed to providing children and their families with the highest quality toys, games and activities,” the company said in a statement. “Spin Master does not manufacture or sell gel guns.

“Orbeez are designed for educational, creative, and sensory play and are not intended to be used as projectiles or inserted in mechanisms.”