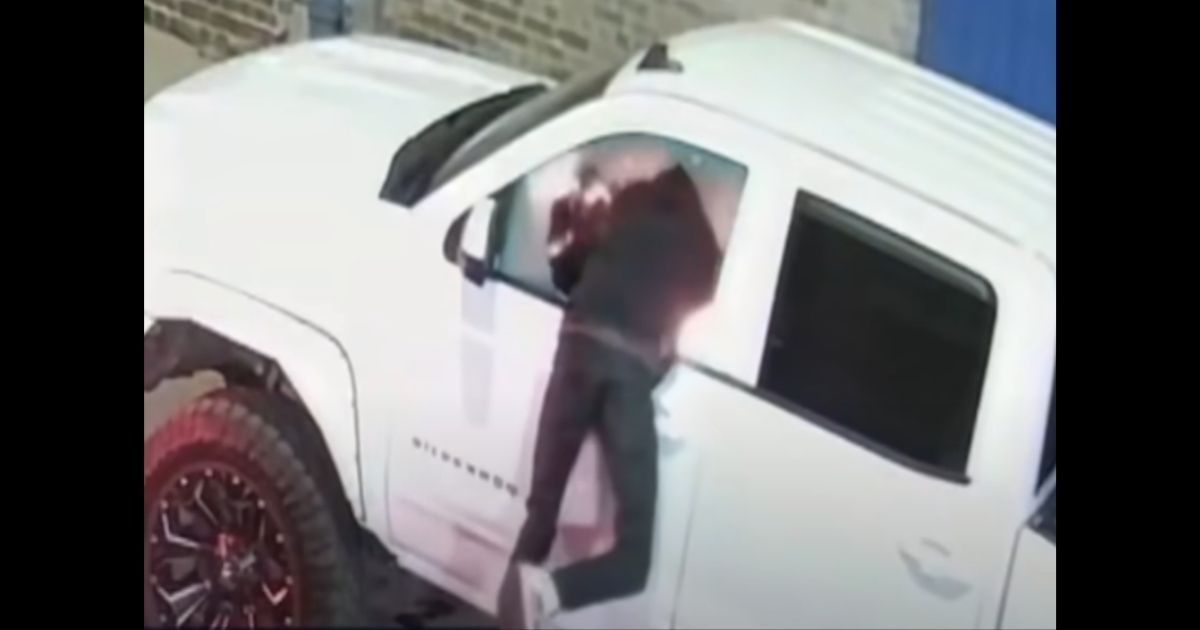 The rule of law is under assault in the United States. Crime and corruption start at the highest levels and filter down into our everyday lives.

When there is a lack of justice, the temptation grows to create our own justice.

One New Orleans man frustrated with car break-ins did just that. He booby-trapped his truck with an explosive device.

The subsequent surveillance video of a brazen burglar getting blasted went viral.

Wild video: NOPD urges residents not to take matters into their own hands after video shows a man who rigged a flash bang in his truck to deter car burglars >> https://t.co/kw4E9OtRib pic.twitter.com/aS05UX6cY2

Even a televised entertainment awards show featured a blatant assault with no real consequences.

According to WVUE-TV in New Orleans, vehicle burglaries in the city have increased 28 percent from the same period last year.

In the neighborhood where the owner of the truck lives, the Central Business District, the increase is a shocking 116 percent.

The video indicated the would-be thief had experience with vehicle break-ins. He exited an accomplice’s car, broke the truck window without hesitation and climbed partly inside the vehicle within seconds.

Such efficient tactics suggest this criminal crew might be behind some of the increased robberies in the area.

According to WVUE, the anonymous truck owner said that was the eighth time his truck windows had broken in just a couple of months. He believes the thieves are searching for weapons to steal since they had left other valuables behind in other break-ins.

“I don’t want this guy to die for what he did, but I don’t want him to just be able to smash and grab and run away,” the man said.

It is unclear how the truck owner obtained a flashbang, a term used to describe a nonlethal stun grenade. He installed it in the center console of his truck.

The burglar triggered the device, as seen by the bright flash in the silent video. He dropped from the truck window and jumped back into the getaway car, which pulled away before he even shut the door.

The truck owner said he hoped his trap would stop the criminal from committing robberies in the future.

“He probably didn’t get hurt that bad, but it wasn’t pleasant, and it might deter him and his friends and tell other people not to do this too because, without something like this, there is no consequence because they’re not going to get arrested,” he said, according to WVUE.

The New Orleans Police Department issued a statement urging residents not to engage in this kind of vigilante action.

“While we understand the frustrations our citizens have with crime, rigging an explosive device to detonate inside a vehicle is illegal and a bad idea,” the department said, according to WDSU.

“Not only is there a risk of injury to yourself and others, there could be serious legal ramifications for everyone involved. Please call your District station or CrimeStoppers to report illegal activity.”

The truck owner identified the problem with that statement. Even if arrested, he said, the robbers wind up back on the streets.

“I reported to the police almost every time and I don’t blame the police for this, they’re understaffed and like there’s too much crime. I really blame the fact that like these, these people get caught, and then they basically get bailed out,” the man said.

Despite the failure of our justice system, it is indeed a bad idea to set up a device that could maim or even accidentally kill another person. It could end up wounding an innocent bystander or even yourself.

No material possession is worth the legal and moral consequences of having blood on your hands.

In the backward standards of today, it’s easy to believe a normal, law-abiding citizen who took the law into his own hands would face harsher punishment than a career criminal.