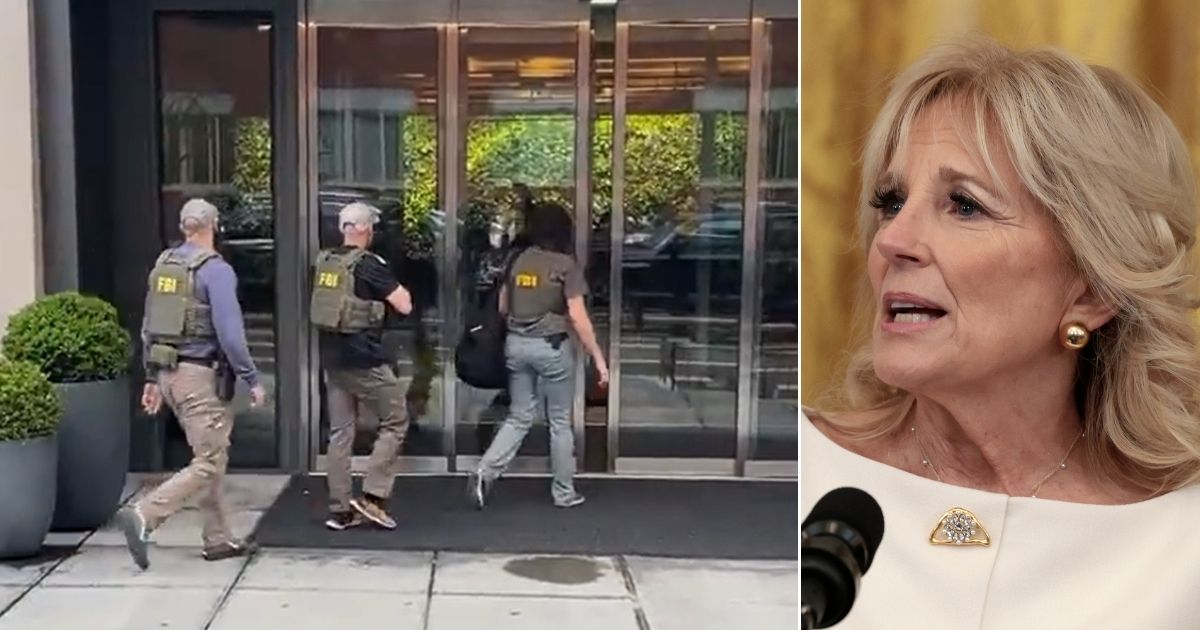 Two men have been arrested for allegedly impersonating federal agents in a scheme that included a plan to buy a weapon for a Secret Service member who was part of first lady Jill Biden’s protective detail.

The FBI arrested two men accused of impersonating Department of Homeland Security agents for longer than two years, according to CNN.

Along the way, according to an affidavit, they gave federal agents gifts and apartments.

Arian Taherzadeh and Haider Ali allegedly provided “rent-free apartments” — estimated to cost more than $40,000 annually each — to a DHS employee and members of the Secret Service during their impersonation, the affidavit said.

Four Secret Service agents have been placed on administrative leave.

The Washington Post reported that the purpose of the scheme was “to get closer to members of federal law enforcement and the defense community.”

The charges were made public as FBI agents and police officers were seen in the Navy Yard area of D.C. on Wednesday night.

FBI agents continue to walk in & out of this apartment bldg on the 900 Bl of 1st St. SE in Navy Yard. People inside say they’ve seen agents on 3 floors in the building. We still don’t know exactly why they are here, but activity here has died down here in the last hour. (@wusa9) pic.twitter.com/Z7iJBW5UTx

According to FBI – 2 suspects, Arian Taherzadeh and Haider Ali are charged with impersonating DHS and other fed agents.

Both claim to have several units in bldg. @wusa9 pic.twitter.com/lkMx2LLjz3

Court documents said Taherzadeh is accused of giving a Secret Service agent assigned to protect the White House complex a “rent-free penthouse apartment” for one year, a gift worth $40,200.

Taherzadeh also is accused of offering to buy a $2,000 rifle for a Secret Service agent on Jill Biden’s detail, the affidavit said.

“The Secret Service has worked, and continues to work, with its law enforcement partners on this ongoing investigation. All personnel involved in this matter are on administrative leave and are restricted from accessing Secret Service facilities, equipment and systems,” the Secret Service said in a statement.

“The Secret Service adheres to the highest levels of professional standards and conduct and will remain in active coordination with the Departments of Justice and Homeland Security,” it said.

According to the affidavit, other gifts given to federal agents included “iPhones, surveillance systems, a drone, a flat screen television, a case for storing an assault rifle, a generator, and law enforcement paraphernalia.

The agents were told the items were paid for by DHS.

The affidavit claimed Taherzadeh manipulated an individual into doing research on a government contractor for the Department of Defense and intelligence community by claiming it was included in a “recruiting process” for the Homeland Security Investigations branch of DHS.

A witness told investigators there was “a significant amount of law enforcement paraphernalia, including SWAT vests, a large safe, computers, a high-powered telescope and internal surveillance cameras” in Taherzadeh’s apartment.

The ruse began to fall apart when a U.S. postal inspector looked into an assault that took place at an apartment complex where the men had multiple units.

The men claimed they were “special police” officers investigating the Jan. 6, 2021, incursion of the U.S. Capitol, the Post reported.

As the postal inspection continued, the investigator learned of the gifts to the Secret Service, triggering further investigations.