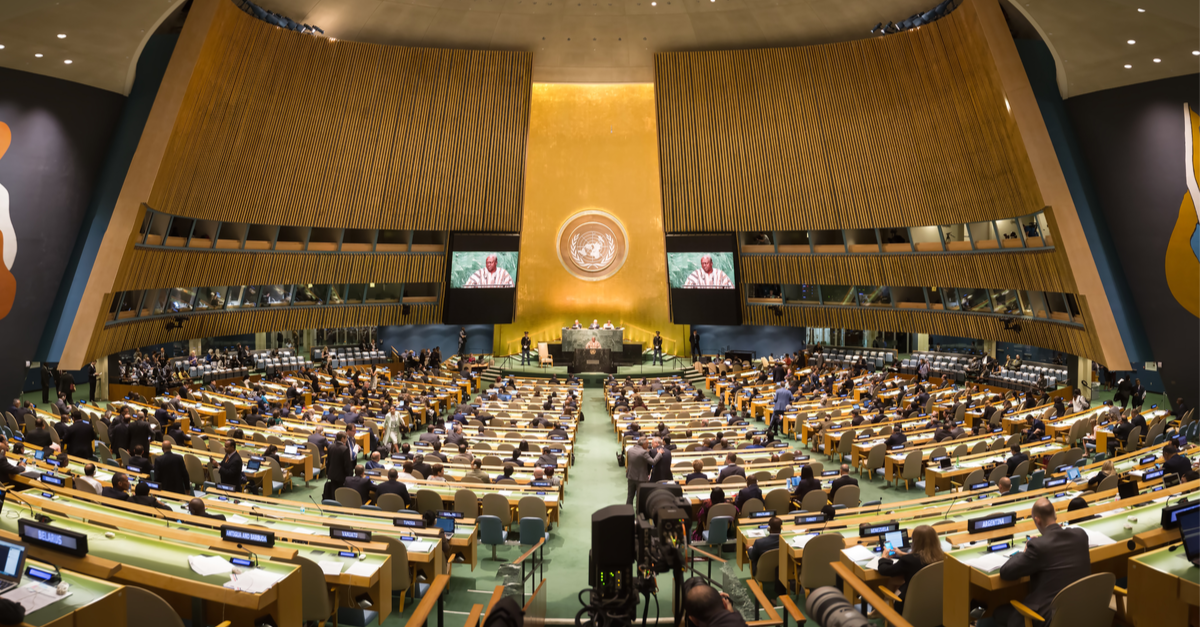 The following article, Russia Kicked Out of UN Human Rights Council in Stunning Vote, was first published on Flag And Cross.

As more and more evidence of war crimes in Ukraine emerge, there are serious considerations being given to some drastic measures to punish Russia with.

The Kremlin has largely been able to hedge the sanctions they’ve been straddled with thus far, but the recent discovery of a grisly massacre in the Kyiv suburb of Bucha has made supporting Russia in any, way, shape, or form diplomatically untenable.

The United Nations has now made it clear that Russia is in the proverbial dog house with them as well, stripping the wannabe-superpower of a major appointment within the organization.

A total of 93 members of the assembly voted in favor of the measure, while 24 were against and 58 abstained. Those who voted against the resolution included Russia’s regional ally Belarus, China, North Korea, Iran and Syria.

“Russia’s actions are beyond the pale,” Ukraine’s U.N. ambassador Sergiy Kyslytsya said prior to the vote. “Russia is not only committing human rights violations, it is shaking the underpinnings of international peace and security.”

Russia defended itself by insisting again that the Bucha Massacre was a “hoax”, perpetrated by Ukraine and in the interest of behooving the United States – all of which has been proven untrue time and again throughout the conflict.

The move comes just a day after the US and some allies sanctioned Vladimir Putin’s own daughters, escalating the non-military portion of this conflict immensely.