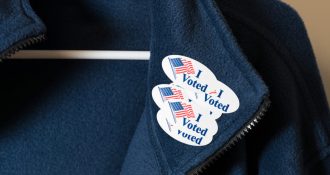 The following article, Report: 40,000 Wisconsinites Voted in 2020 without Following Voter ID Law, was first published on .

According to a new report, about 40,000 voters in Wisconsin turned in their ballot in violation of the state’s voter ID laws.

The revelations were revealed by Citizens United chief, David Bossie, in his new film Rigged: The Zuckerberg Funded Plot to Defeat Donald Trump.

In the film, Bossie investigates how Facebook founder Mark Zuckerberg injected nearly $400 million into the 2020 presidential election through two left-leaning voter turnout nonprofits — the Center for Tech and Civic Life (CTCL) and the Center for Election Innovation & Research (CEIR).

The “Zuckerbucks” went to left-leaning districts to push Joe Biden and is party, “with most of the funds funneled to government elections offices in critically important jurisdictions for Joe Biden — to finance get-out-the-vote efforts aimed at defeating.”

The Wisconsin election was crooked in Democrat-infested areas.

The dataset revealed “40,856 registrants who voted in the 2020 General Election with an Indefinitely Confined status and according to WEC, had not provided ID prior to doing so,” VRF reported.

Joe Biden defeated Trump in Wisconsin by a margin of 20,608 votes, out of 3,297,352 total votes cast, according to Ballotpedia.

In late March 2020, the Wisconsin Election Commission (WEC), citing the COVID-19 pandemic, provided guidance that voters who self-identified as “indefinitely confined” could receive a ballot without providing ID. Instead of using an ID to verify a voter’s identity, the only requirement was the signature of a witness verifying that the voter filled out the absentee ballot and that the name and address were correct.