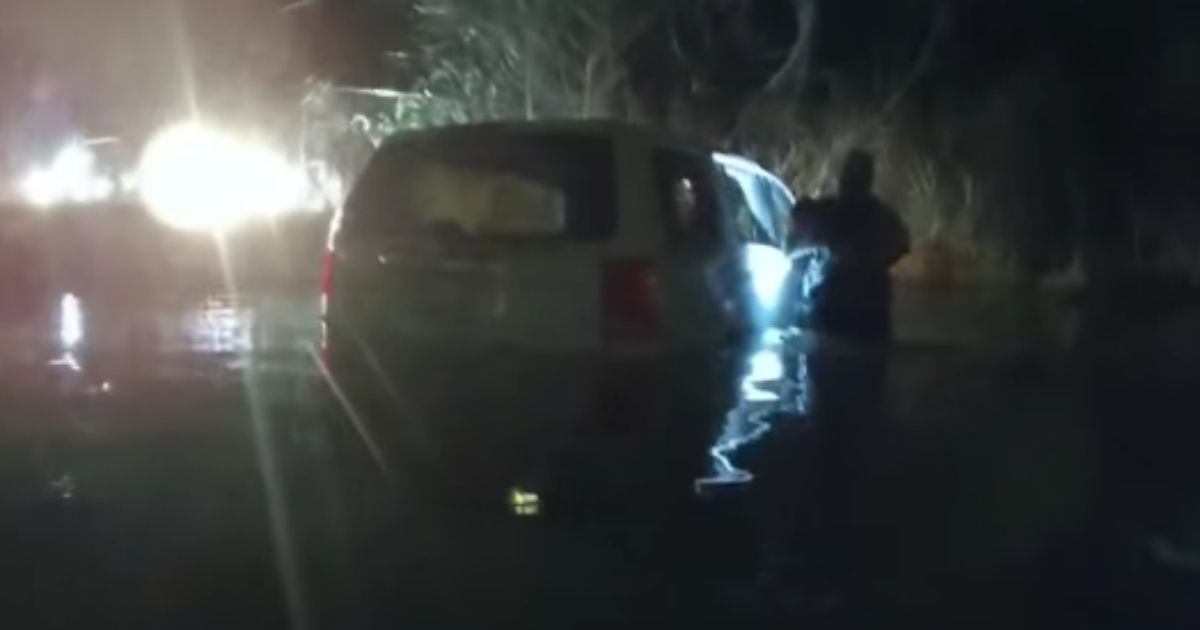 We often hear about police officers responding to calls for help, and being dispatched to the scene of those emergencies may be the normal way they help out in their communities — but sometimes, they’re just at the right place at the right time.

On Friday night, a man driving his family veered off the road and into a pond in Anne Arundel County, Maryland, according to CNN, as referenced by WBAY-TV.

An unnamed officer with the Anne Arundel County Police Department was nearby when he heard disaster strike.

“On Friday, April 1st at approximately 9:15 p.m. an officer was on patrol in Severn-Danza Park when he heard a crash in his immediate vicinity,” Anne Arundel County Police Department shared on Facebook on Monday.

“He discovered a vehicle had lost control on Donaldson Avenue and went off the road through trees and a fence before becoming half-submerged in a drainage pond in the park.

“The vehicle was taking on water with occupants trapped inside.”

In the car was the male driver, an adult female, a 3-year-old girl and a 9-month-old baby.

“The supervisor and an officer, without hesitation, leaped into action to conduct a rescue of the four occupants, including a 9-month-old and 3-year-old child,” the post continued.

“Officers had to break the passenger windows of the vehicle to gain access inside.”

Bodycam video from the accident shows the police breaking out the windows and asking to help the children first. The woman and toddler were clearly shaken up, and even as one of the officers pulled the 3-year-old through the window and carried her to the shore, she was in tears.

As she continued sobbing, the officer tried to comfort her.

After both children were safe with first responders on shore, the woman, also sobbing, was escorted to shore, and though the video cuts off at that point, the man was eventually rescued, as well.

Somehow, despite crashing through the barriers and landing in a less-than-ideal spot, the family was not injured.

“Aside from being cold and wet, everyone involved was unharmed,” the police department confirmed.

They also revealed that the man driving was 27-year-old Oswaldo Ramirez-Lopez from Glen Burnie, who was arrested. He was not licensed at the time and had outstanding warrants for his arrest.