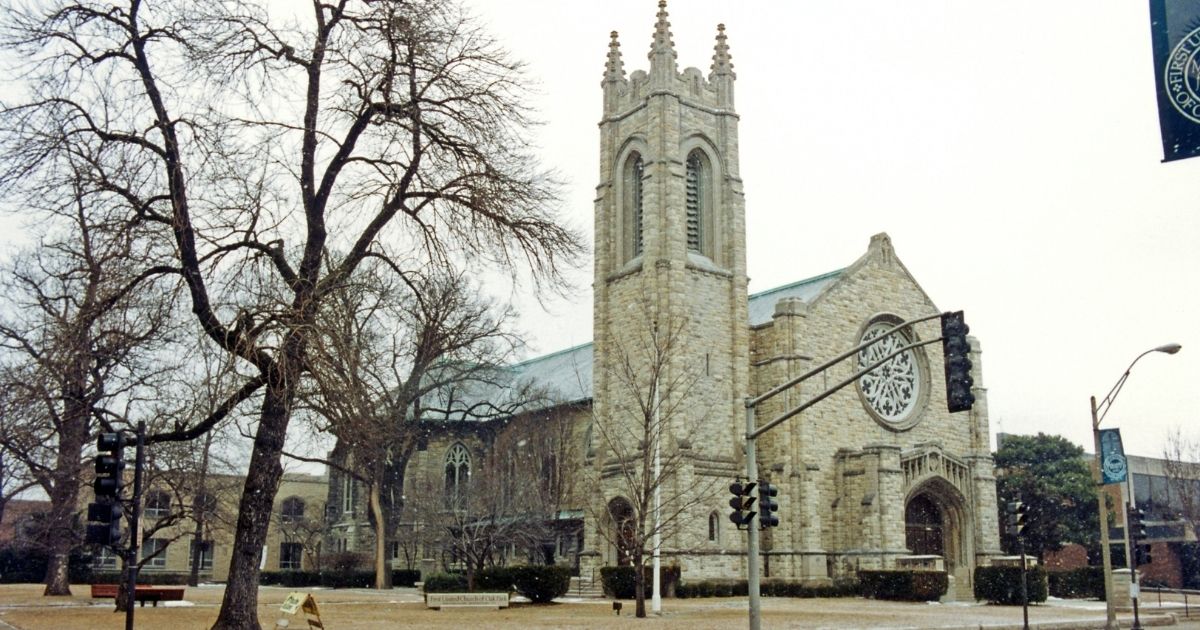 The following article, Church’s Woke New Spin on Lent Includes ‘Fasting from Whiteness’ and Music Based on Native American Traditions, was first published on Flag And Cross.

The historic First United Church of Oak Park in the Chicago suburb of Oak Park, Illinois, has come up with a novel way to celebrate Lent this year — an approach it calls “Fasting from Whiteness.”

For the duration of the Lenten season, which commemorates the 40-day period that Jesus Christ spent fasting in the desert, worship services will exclude “any music or liturgy written or composed by white people.”

The church’s website provides a description of this initiative:

“For Lent this year, First United is doing a mix of ‘giving something up’ and ‘taking something on.’ In our worship services throughout Lent, we will not be using any music or liturgy written or composed by white people. Our music will be drawn from the African American spirituals tradition, from South African freedom songs, from Native American traditions, and many, many more.

“For Lent, it is our prayer that in our spiritual disciplines we may grow as Christians, united in the body of Christ with people of all ages, nations, races, and origins.”

A sign in front of the church promoting “Fasting from Whiteness” reads: “This Lent we build our worship life around the voices of Black people, indigenous people and people of color.”

Visitors to the First United website are invited to view videos from the Lenten worship services on its YouTube channel.

This church has served the Oak Park community in some form since at least 1860. It has endured the Civil War and everything that has come since.

Yet its current leaders are celebrating the exclusion of the contributions of white people. They are openly promoting a return to a time when a musician’s race determined whether you would play his or her music.

First United calls itself an “open and affirming church” on its website: “We are an open community united in love and justice.”

“Fasting from Whiteness,” however, is narrow-minded and divisive. It contradicts the basic tenets of Christianity.

Is it loving and just to exclude the musical and liturgical contributions of an entire race during the Christian religion’s most solemn, meaningful period of the year? Or anything time of the year, for that matter?

This is anti-white racism, pure and simple.

The church — which says on its website that it “combines the governing ideas of two denominations: Presbyterian Church (USA) and the United Church of Christ” — set aside biblical teaching long ago.

In 1995, for example, it “affirmed and supported the full inclusion of lesbian, gay, transgender, and bisexual individuals into the church both as members and as pastoral staff,” according to the website.

Now the enemy is “whiteness,” apparently.

The church’s website includes a section called “evotionals.” These are passages shared by a pastor or a member of the church that are intended to inspire reflection and prayer.

An evotional dated March 29 was titled “Kindness and Privilege.” The caption read, “We honor our fast from whiteness this Lent by prioritizing the voice of Bruce Reyes-Chow through a chapter of his book, In Defense of Kindness.”

Reyes-Chow is a pastor who has authored a long list of books including “Don’t Be an Asshat: An Official Handbook for Raising Parents and Children” and “But I Don’t See You as Asian: Curating Conversations about Race.”

In his evotional, he wrote, “How we express kindness depends on our own social context, experiences, culture and privilege.”

Reyes-Chow expressed his frustration toward people who oppose violent demonstrations by racial minorities. These individuals, he said, are “speaking from a place of privilege.”

The pastor told readers that “it is not kind to tell someone who is expressing righteous and disruptive indignation to stop.” This would amount to a “modern-day manifestation of ‘civilizing’ those who do not fit into our understanding of normative behavior.”

“For many of us, being uncomfortable about public protests or what we perceive as aggressive expressions of frustration simply identifies our privilege and our ability to shield ourselves from the struggles that others are facing,” he wrote. “May our call to civil discourse be more about listening to the genuine struggles of our human sisters, brothers, siblings, neighbors, and strangers than about protecting our own spaces of security.

“Most people do not engage in public protest or in expressing anger that may put risk on their life, work, or status. So when groups of people are pushed to their boiling point, the least helpful thing to do is to silence them.”